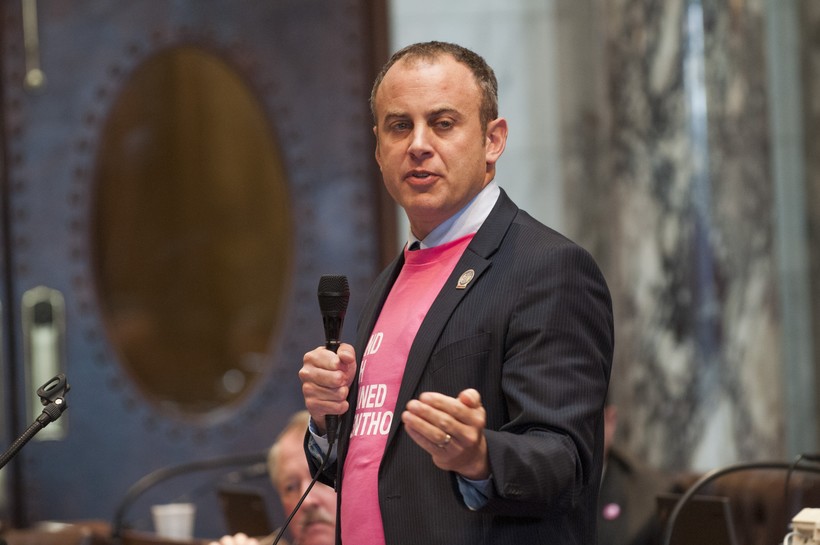 Credit Expected To Reduce State Revenues By $654M In Next Budget Alone
By Shawn Johnson
Share:

A tax credit for manufacturers will have cost state government more than $1.4 billion through the end of the next budget according to an estimate from the legislature's nonpartisan budget office.

Republicans passed the Manufacturing and Agriculture Tax Credit in 2011, although it didn’t take full effect until 2016.

In a memo released this week, the state Legislative Fiscal Bureau estimated the tax credit would cost state government $767.4 million in lost revenue through the 2015-17 budget ending June 30, and would cost another $654.2 million in the 2017-19 budget.

Rep. Gordon Hintz, D-Oshkosh, requested the memo and said it showed tax breaks like these have long-term costs.

"I think we should revisit some of these things," Hintz said, "Because right now, the reason we've had to cut programs, even though the economy has been growing, is because of tax cuts like these that have cost way more than they were supposed to when they were first passed."

For example, the wealthiest 0.1 percent of all filers who took advantage of the Manufacturing and Agriculture Tax Credit are projected to account for nearly 10 percent of the rewards. Put another way, a total of 10,613 filers will benefit from the tax credit next year and 11 of them will account for $22 million of the credits.

Asked about the memos Tuesday, Gov. Scott Walker’s office praised the tax credit as a tool to help grow manufacturing.

"Now is not the time to turn back the clock to the Democrats’ tax-and-spend policies that failed working families in years past," said Walker spokesman Tom Evenson. "Gov. Walker’s budget will increase funding for public education at all levels, continue tax relief and reward work. We will be able to do all of this without raising taxes because our reforms are working for Wisconsin."

But Hintz said the tax credit was an expensive and inefficient way to promote manufacturing.

"There's no correlation between what you need to do to get the tax credit and adding jobs," Hintz said. "The fact that it's un-targeted makes it an incredibly poor use of $1.4 billion."

Details of Walker’s next budget will start to become clearer when he delivers it to the full state Legislature at 4 p.m. Wednesday, Feb. 8.