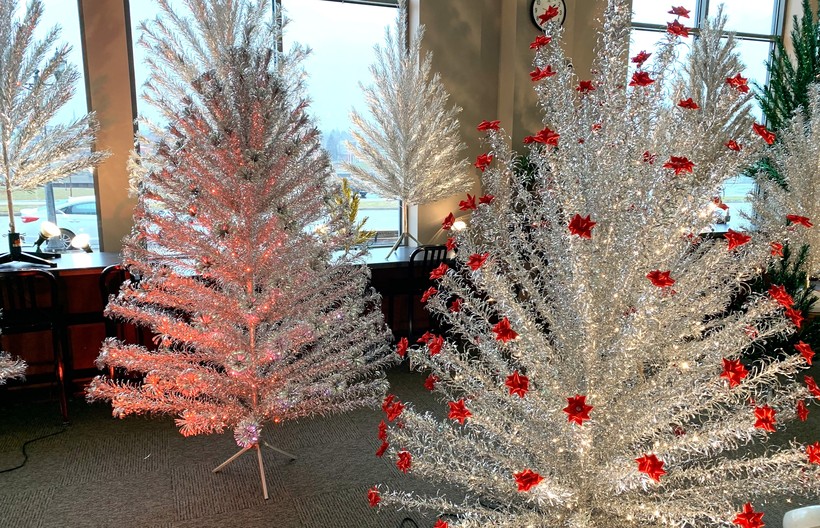 Manitowoc's Evergleam history is on display this holiday season

The year was 1959. Alaska and Hawaii would become U.S. states. Fidel Castro overthrew the Cuban government. And the first Barbies were sold.

Manitowoc was the "Aluminum Capital of the World," and the city’s Aluminum Specialty Company would release a new product: the first Evergleam Christmas trees. The company would produce more than a million metal trees over the next 10 years, and other local manufacturers would capitalize on the craze too.

The trees caught on quickly because they were fashionable, affordable and light, said Manitowoc native Jordan Kabat.

They fell out of favor less than a decade after they entered the scene. But today, there’s a dedicated group of collectors who’ve preserved the various styles and heights. 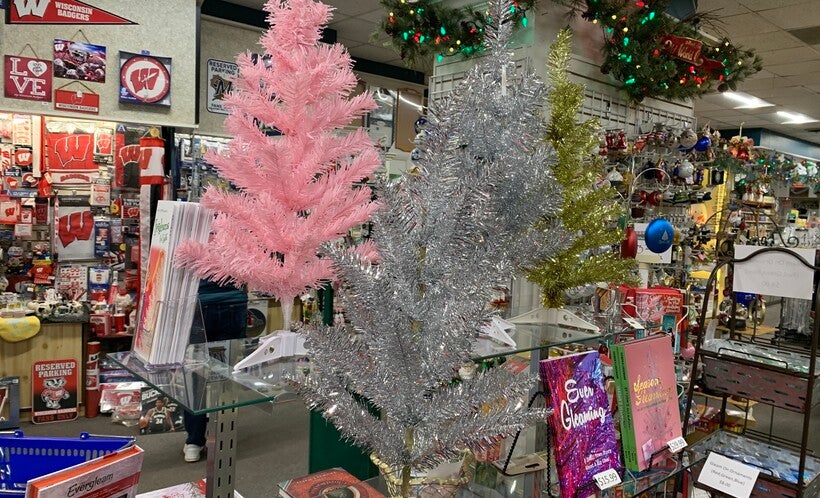 Collectors like Kabat supplied trees to decorate three dozen downtown businesses this holiday season. The annual event is called Evergleams on Eighth. It runs through Jan. 5, 2022.

Kabat is one of three Manitowoc collectors who formed a nonprofit this year to support Evergleams on Eighth into the future. Kabat — ironically a botanist by trade — owns more than 60 metal trees.

Milwaukee area residents Joanne Lamp and Patty Loomis Trader stopped for lunch in Manitowoc while making their way to Door County. Trader saw a sign advertising Evergleams on Eighth, so they visited a display at the Manitowoc Public Library. Trader inherited her own metal Christmas tree that none of her siblings wanted, she joked. 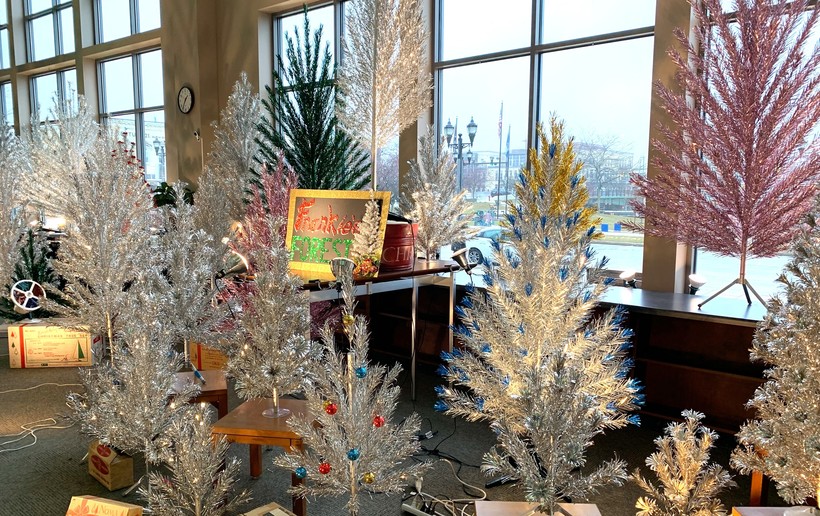 "We still put it up to this day, and we either put up blue balls or green balls, and it’s a memory. It’s a lovely memory," she said.

There’s a forest of silver, pink and gold trees at the library, and there are five trees at the nearby Wisconsin Maritime Museum. 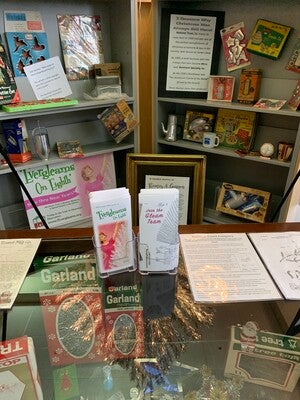 A display at the Manitowoc Public Library provides information about the city's rich history of aluminum manufacturing, including its connection to the metal Christmas tree. Megan Hart/ WPR

"Not only is it a way to spread awareness of our aluminum manufacturing heritage here in Manitowoc, which that was a critical part of our history here, but it also was meant to draw people downtown, bring people into businesses during the holiday season and support the small businesses in the downtown, and it really does do that," Kabat said.

Kabat lived in Boston for several years before moving back to Manitowoc and beginning his tree collection. His grandmother worked for Aluminum Specialty when the tree line started. There have always been Evergleams in his family, he said. There are signs introducing the various tree collectors — many of them surprisingly young Manitowoc natives — at sites around town.

Aluminum manufacturers in Manitowoc were best known for their cookware. Aluminum Specialty employee Tom Gannon first saw a metal tree at a tradeshow in Chicago. It was large and expensive, but it sparked an idea that lives on in Manitowoc, Kabat said. Now when he looks at an Evergleam tree, Kabat sees a piece of art that effectively mimics natural trees.

"It really is a sculpture, the way that they capture light and reflect light is just beautiful," he said.