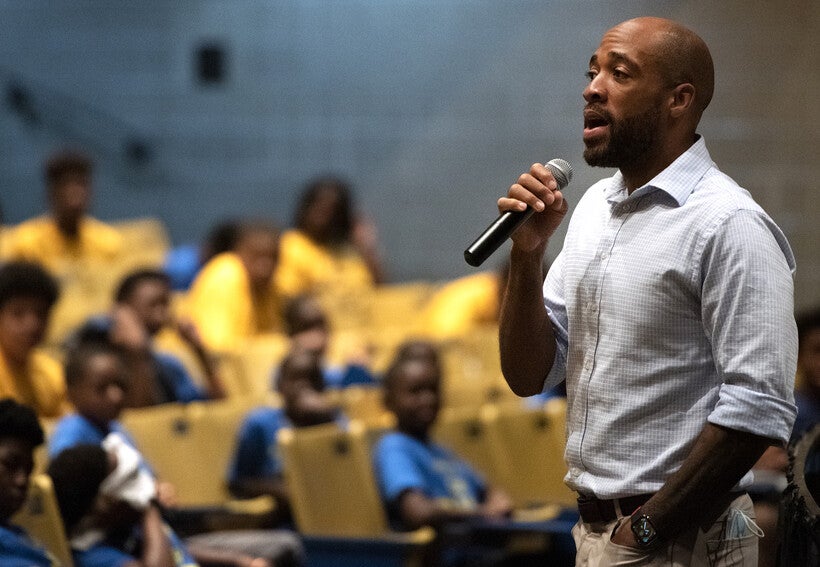 After clearing the field of his top Democratic primary opponents, Lt. Gov. Mandela Barnes has won the Democratic nomination for Wisconsin's U.S. Senate Race, setting him up to challenge Republican incumbent U.S. Sen. Ron Johnson in November. Barnes said he's "grateful" to be the party’s nominee in one of the most closely watched Senate races in the nation.

After a win that was all but expected, Barnes took the stage during an election night party at The Cooperage in Milwaukee and told supporters that the fight to defeat Johnson would be both a challenge and an opportunity.

Standing by Barnes' side was Democratic U.S. Sen. Tammy Baldwin who won reelection in 2018 by nearly 11 percentage points. She said she believes Barnes would be a more effective partner in the Senate than Johnson.

"Wisconsin deserves two senators who are going to vote to support Wisconsin workers and their families, not just one," she said.

Barnes had garnered 79.6 percent of the vote, according to unofficial election night results as of 9:55 p.m. 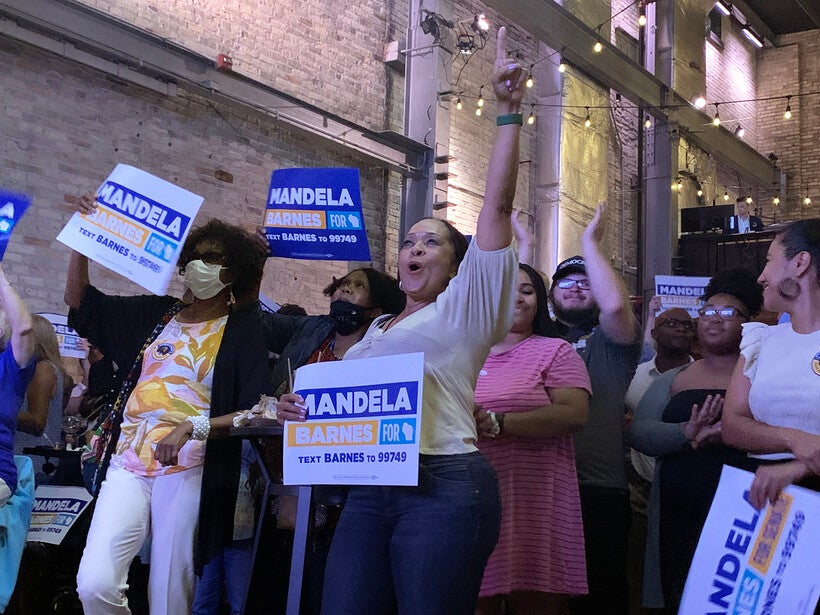 Even after dropping out of the race weeks before yesterday's election, former Democratic opponents Alex Lasry, Sarah Godlewski and Tom Nelson received 8, 7.6 and 1.9 percent of the vote, respectively.

Steven Olikara, one of the last high-profile Democrats to stay in the primary with Barnes, got 1.2 percent of the vote.

Minutes after the race was called, Johnson issued a statement calling Barnes the "most radical left candidate" in the race. " The Lieutenant Governor will support all the destructive policies of President Biden and his enablers in congress," the statement read.

"The challenge was going to be how quickly could whoever the nominee was pivot to the general election, hire the staff, raise the money, do what they needed to, to make sure it was a fair fight against Ron Johnson in the fall," Zepecki said. "The way that the Democratic field coalesced behind Barnes in the last couple of weeks has evaporated many of those concerns."

Economic issues have been a major theme of Barnes' campaign. He's promised to push for a middle class tax cut and expand the Child Tax Credit and Earned Income Tax Credit. To do that, Barnes has hinted at raising taxes on the nation's wealthiest individuals.

The Barnes campaign's first attack ad against Johnson, released more than a week before the primary, states the two-term Republican incumbent "couldn't be more out-of-touch with Wisconsin."

"Johnson publicly praised outsourcing and defended a company that moved our jobs to China," the ad said. "Johnson even supported a CEO in Oshkosh who's taking 1,000 new jobs to South Carolina."

Barnes has repeatedly accused Johnson of being part of a "millionaires club" in the Senate, enriching himself and wealthy donors by way of tax cut legislation passed by Republicans and signed into law by former President Donald Trump in 2017.

"Like most people in the state of Wisconsin, I'm not a millionaire," Barnes said Tuesday night. "I don't have the backing of big pharmaceutical companies or oil companies, but what I do have is skin in the game."

Meanwhile, Johnson and his Republican allies have taken a similar approach when attacking Barnes as they work to convince independent Wisconsin voters that Barnes is also out-of-touch with Wisconsin residents.

Hours after one of the final Democratic competitors facing Barnes dropped out of the race, the conservative Senate Leadership Fund released a statement accusing the lieutenant governor of being a "radical socialist" who has lined up with far-left causes and candidates.

The statement included screenshots of tweets from Barnes declaring support for Bernie Sanders, discussing his support for Medicare for All and the Green New Deal and a picture of him holding a shirt calling for U.S. Immigration and Customs Enforcement to be abolished.

Zepecki, the Democratic strategist, said he expects Wisconsin airwaves to be blanketed with political ads.

"The amount of money that you're going to see spent on TV ads by these campaigns and by these outside groups is probably going to be more than we've ever seen in a race in Wisconsin history, north of $125 million," Zepecki said.

Time will tell which way Wisconsin's electorate will sway in the general election on Nov. 8, but Johnson is seen as one of the most vulnerable Republican senators in the country.

A June Marquette University Law School poll found that just 37 percent of respondents viewed Johnson favorably, while 46 percent held an unfavorable view. Past polls have also showed Johnson's favorability underwater, even during his 2016 reelection campaign in which he defeated former Democratic Sen. Russ Feingold for a second time.

The June survey asked respondents whether they would support Barnes or Johnson in a theoretical, head-to-head matchup and 46 percent chose the lieutenant governor, while 43 percent chose Johnson.