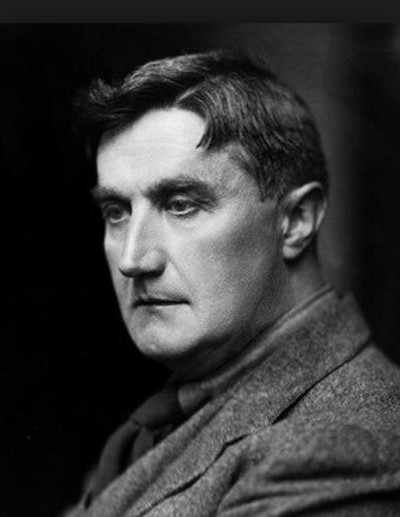 The Man I Was Looking For

He ‘s generally thought of as a singularly English composer, but early in his career, Ralph Vaughan Williams had trouble developing his style in England. He needed the right teacher and he found him in an unexpected place. One of Vaughan Williams' first teachers was Charles Villiers Stanford, who favored a neo-classical style with a clear outline. That kind of structure did not square with Vaughan Williams' more imaginative approach.

"Stanford was a great teacher," Vaughan Williams later recalled. "But I believe I was unteachable. I made the great mistake of trying to fight my teacher. The way to get the best out of instruction is to put oneself entirely in the hands of one's instructor and try to find out all about his method regardless of one's own personality."

About 1900 Vaughan Williams asked Edward Elgar to give him lessons and received a polite refusal. So he studied Elgar's works on his own and essentially taught himself orchestration by trial and error, and he continued to attend performances of Elgar's works though Elgar never received him with any cordiality. In 1908 Vaughan Williams decided he would have to go elsewhere to learn technique while developing his style. He chose Paris. His friends suggested that he would do best with Maurice Ravel.

At first Vaughan Williams fell back into his mistake of trying to fight his teacher. He resisted Ravel's assignments to write exercises in the style of other composers. But from Ravel he learned to find new approaches to orchestration by experimenting with the piano.

He wrote to a friend, "Ravel is exactly the man I was looking for. As far as I know my own faults, he hit on them exactly, and is telling me to do exactly what I half felt in my mind I ought to do." The promising English composer had found his style through an inspired teacher in France.