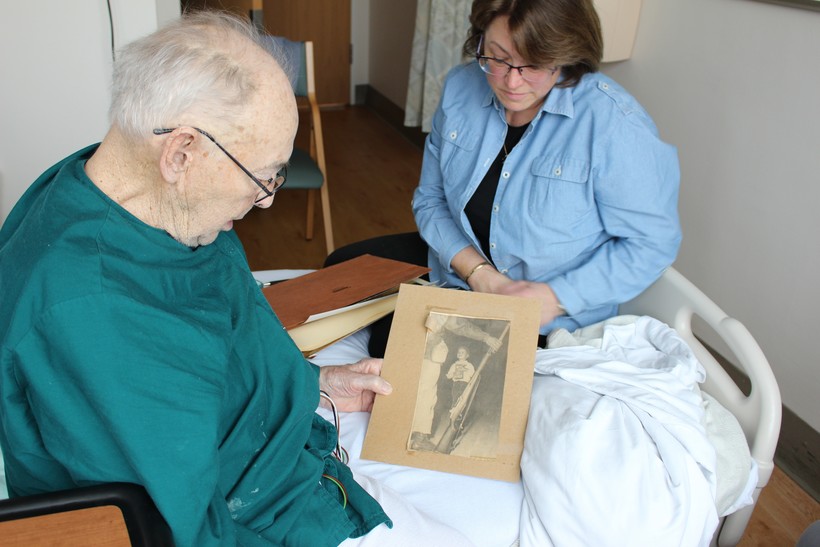 Ray Miller, left, looks at an old press clipping from his time in the National Guard with his daughter Barbara in his room at the William S. Middleton Memorial Veterans Hospital in Madison, Wisconsin on April 4, 2019. Bram Sable-Smith/WPR

"I flew it for 10 years," Miller, 91, says while sitting in his bed at the William S. Middleton Memorial Veterans Hospital in Madison. "I was just out there having fun. I’d see my neighbors out there and land in their hayfield and talk to them a little while."

Miller tells this story to Thor Ringler who’s sitting bedside him taking notes. When they’re done, Ringler will type up those notes into a first-person life story and put it into Miller’s electronic medical records where his doctors, nurses and caregivers at the Madison VA can read it.

It’s part of a program Ringler runs called My Life, My Story. Over the past six years the program has interviewed over 2,000 patients in Madison alone. And it’s changing the way providers interact with patients and their electronic medical records at VA hospitals around the country. 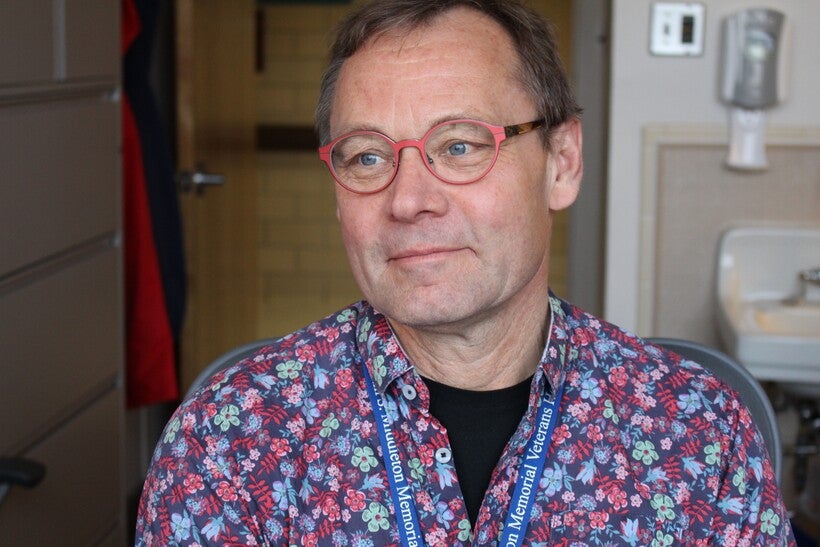 Thor Ringler has interviewed 264 veterans for the My Life, My Story program, which he has run since 2013. Bram Sable-Smith/WPR

"If you’re a health care person, if you’re someone who is in the (electronic medical) record all the time, you’ll know that the record is a mess," Ringler said.

Clinicians have access to a lot of medical data through a patient's electronic medical record, but Ringler said there’s nowhere for a patient to talk about him or herself.

"If you were to try to get a sense of someone’s life from that record, it might take you days," Ringler said.

That’s the problem My Life, My Story is trying to solve.

"They are constantly meeting new doctors every year," said Lee who now works as a psychiatrist at the Mendota Mental Health Institute in Madison. "We were just trying to improve the process of when you come and meet a new patient."

If a provider can read about their patient’s life while reviewing their medical files, it can give them a head start to developing a relationship. 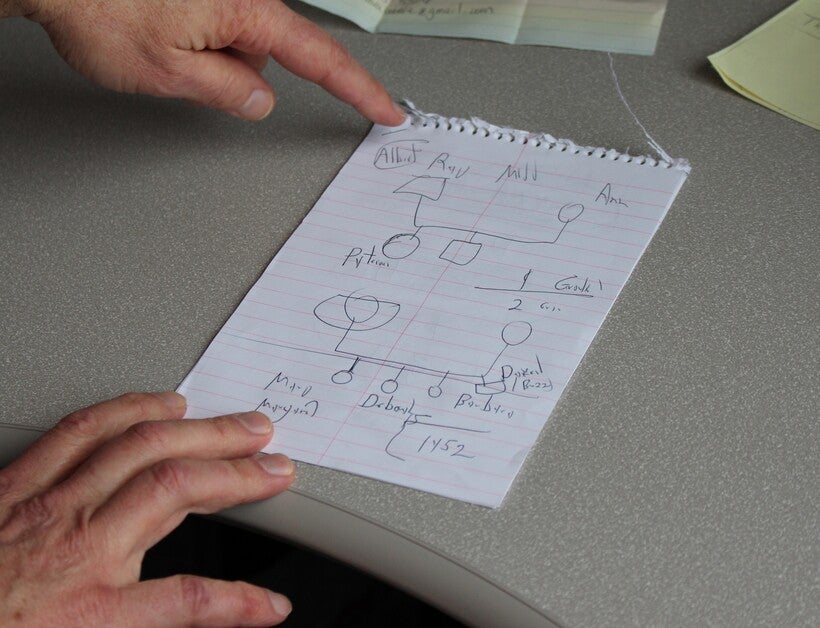 "I consider it a gift to the nurses and the doctors who are caring for the patient," said Heather Coats who studies storytelling in health care at the University of Colorado College of Nursing.

"I know you don’t have time, the system doesn’t allow to have time (with your patients), so here’s a one page document that talks about who your patient is, not just how the patient is," she added.

The Value Of Empathy

There’s research that suggests storytelling can both be therapeutic for patients and also build empathy in clinicians. Coats said that empathy can be important. One 2008 study, for example, examined what happened when radiologists were given a photo of the patients whose scans they were reading.

"They improved the accuracy of their radiology read. Meaning less misspelled words, a better report that’s more detailed," Coats said, adding there’s currently research being done to see if storytelling might have a similar effect.

Meanwhile at the Madison VA, a 2017 survey showed 85 percent of clinicians responded that reading the stories Ringler’s team provides is both a good use of clinical time and has helped them improve patient care.

"It’s giving providers a better sense who their patient was and how to talk to them," Ringler said.

And the idea is catching on.

Ringler said the program is now being implemented at 40 VA hospitals around the country. And staff from hospitals outside the VA System have also come to Madison to learn about the program.