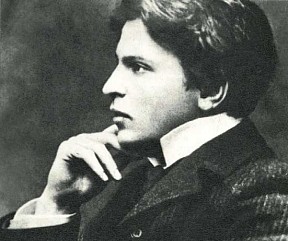 By the late 1940s Georges Enesco had long since established a world reputation as a composer and conductor. As he entered his mid-sixties, he would have to fall back on a third ability, and the going would not be easy.

World War II had taken its toll on Enesco’s sizeable nest egg. As a patriotic Romanian, he had put his earnings in Romanian banks, but at war’s end, the Communist regime denied him access to the money, and his best hope for making a living was in the concert halls of Europe and the United States.

A plan to make him deputy conductor of the Philadelphia Orchestra fell through, perhaps because conductor Eugene Ormandy didn’t want to be overshadowed by a world-class composer.

Enesco’s best chance to achieve security was to build on his fame as a great violinist.

Just before Enesco had left Romania, a doctor had used a syringe to remove wax from his ears. Whether the procedure created a situation or merely brought it to the fore, not long afterward, Enesco was listening to a string quartet on the radio and found the players terribly out of tune.

When he took them to task for it, the performers reacted with surprise and asked him what he meant.

Suddenly Enesco realized that his hearing was impaired. Certain notes were coming across off-pitch so that basic chords sounded like a jumble of noise.

How was he supposed to make a living as a concert violinist?

At some of his recitals he arranged for student Helen Dowling to sit in the front row and let him know via subtle sign language whether he was playing too flat or too sharp, a difficult compromise for a violinist once renowned for the purity of his intonation.

Relying on that system and his sheer technique and determination, Enesco managed to piece together a concert career for the next several years.