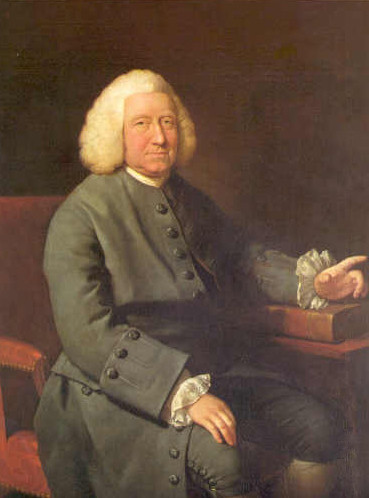 Charles Jennens assembled the texts for five of Handel’s oratorios, including Messiah, but a letter that turned up more than two hundred years after he wrote it shows that he did not hesitate to make fun of the great composer.

In 1738 Jennens and Handel were working on the oratorio Saul. Jennens wrote to the Earl of Guernsey on September 19, after a visit to the composer.

“Mr. Handel’s head is more full of maggots than ever,” he reported.

The first “maggot,” he said, was a “very queer” keyboard instrument that made the sound of hammers hitting anvils, with which Handel intended “to make poor Saul stark mad.”

The second maggot, Jennens remarked with sarcasm, was an expensive organ that Handel had bought because he was “overstocked with money.” Handel was enthusiastic about the organ, Jennens said, because it was to make it easier for him to direct his performers during presentations of Saul because, instead of just beating time to the music, he could see the performers while sitting at the organ with his back to the audience.

According to Jennens, the third maggot in Handel’s head was a Halleluja he had “trump’d up at the end of his oratorio” to make the finale more powerful. Any lack of power, Jennens declared, was Handel’s fault since the words Jennens had provided would’ve supported the grandest music Handel could write. “But this Hallelujah, grand as it is,” he protested, “comes in very nonsensically, having no manner of relation to what goes before.”

“I could tell you more of his maggots,” Jennens promised, “but it grows late, and I must defer the rest till I write next, by which time, I doubt not, more new ones will breed in his brain.”

It seems that Handel was not above taking some of the criticism to heart. His handwritten score of Saul suggests that he followed Jennens’ advice and moved the Hallelujah in question from the finale of the oratorio to the end of the first chorus.