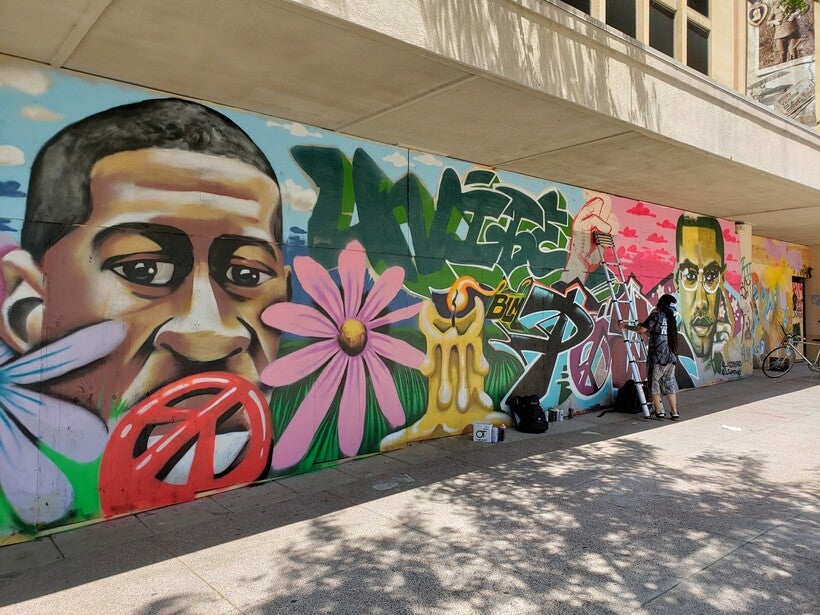 Madison's State Street In Limbo As City Tries To Heal

Artist Says Murals Are A Way To Release Pain 'In A Healthy And Positive Way'
By Shawn Johnson
Share:

Nearly two weeks after Madison's first protest honoring the life of George Floyd, the heart of the city's downtown remains in limbo.

Stores and museums along State Street are still covered in plywood, a reminder of demonstrations that began peacefully, but for a few nights, turned chaotic.

The plywood is there because some people smashed store windows and stole merchandise along State Street. Some stores boarded up after they were looted. Others boarded up preemptively.

Nobody's quite sure what will come of the protests, but as artists visit State Street daily to paint murals, the city is going through a healing process — one that celebrates black culture.

"It's better than being at home and just keeping this pain in," said Madison artist Batenga Obuseh. "It's like, come on out and release it and release it in a healthy and positive way."

Obuseh and her 15-year-old son, Kiyem, worked on one of the murals covering Madison's Overture Center for the Arts. On the bottom of the mural, hand prints are raised in the air with the names of black people who have been killed by police.

The top is painted in vibrant orange, purple and blue. A blue surgical mask — a sign of the times — covers the silhouette of a person with an Afro. Letters cut from red, floral fabric spell out "Black Lives Matter." 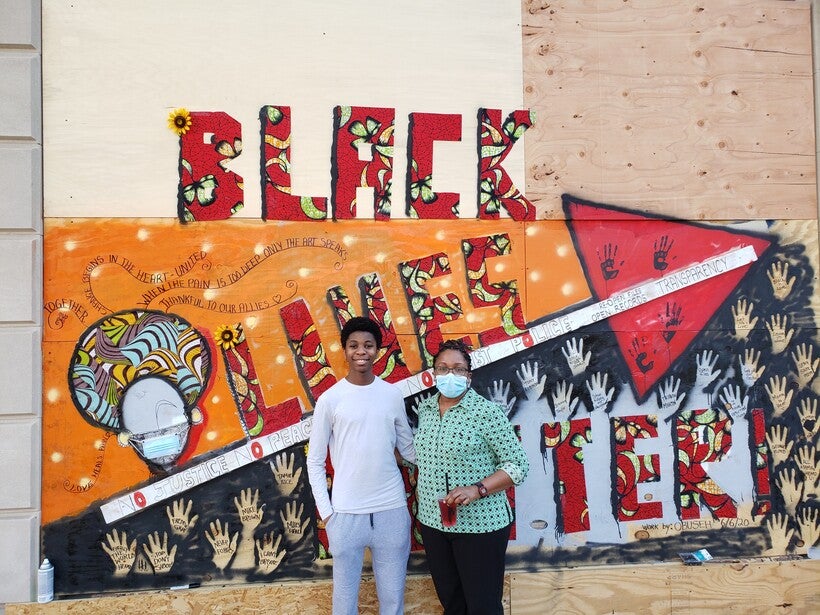 Batenga Obuseh and her 15-year-old son, Kiyem Obuseh, work on one of the State Street murals covering the Overture Center for the Arts on June 11, 2020. Shawn Johnson/WPR

These murals are impossible to miss. They're everywhere, including on the boarded-up windows of the Wisconsin Veterans Museum overlooking the state Capitol square.

This mural is massive. On one side is a picture of Malcolm X. On the other is a portrait of George Floyd.

"I think it's good to put a face on what's going on right now, you know," said Lincoln Rust, one of two artists to work on the massive mural. "It's right in the heart of downtown Madison."

Rust's painting, like many others, was commissioned by the City of Madison, which put out a call for artists shortly after the first shop windows were broken.

Simone Lawrence also answered the call. Like a lot of people on State Street, she says the last couple weeks have been tough.

Lawrence was painting a mural of Colin Kaepernick, the former NFL quarterback. On Thursday, the mural was still getting started, but Kaepernick's figure was unmistakable. He was in his football uniform, kneeling. 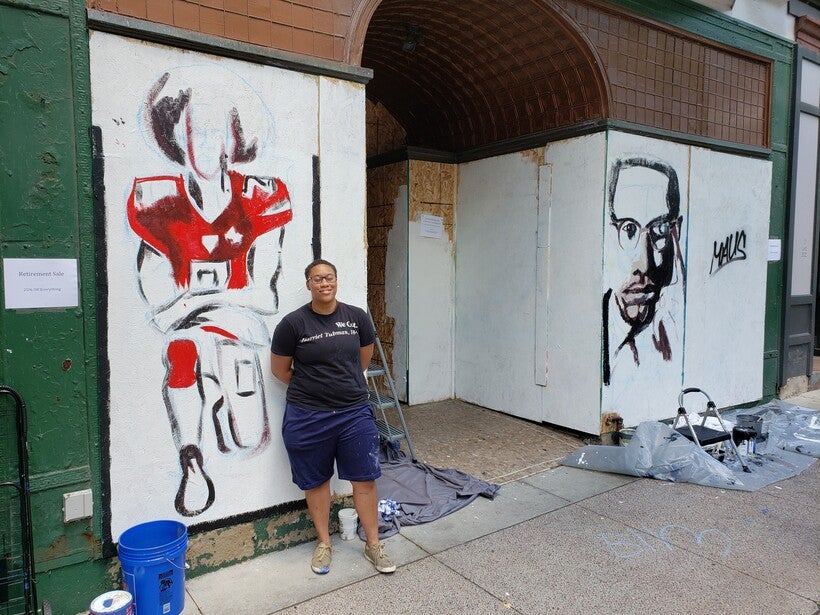 "He's someone I look up to," Lawrence said. "I think he represents justice and freedom."

Lawrence said she's thinking about adding to the painting to show Kaepernick kneeling on a police officer, the way a Minneapolis officer kneeled on the neck of Floyd.

"I think it will promote conversation," Lawrence said. "And let people really think about what that means and what this figure represents, should it be flipped around."

State Street business owners say it's great to see people coming back to the area, but many are just looking at the art from outside. They're not going in.

Miar Maktabi owns the Dubai Mediterranean Restaurant and Bar, which was shut down for months because of the COVID-19 pandemic. Maktabi was just reopening before State Street boarded up. 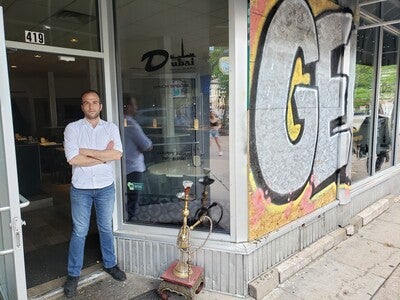 Dubai Restaurant and Bar owner Miar Maktabi removed most of the plywood from his storefront on Thursday, June 11, 2020. Shawn Johnson/WPR

"Last two weeks, worst two weeks of my life," Maktabi said. "The worst. I have never, ever felt that way in my life. You know, it's hard."

Maktabi, who is a Syrian immigrant, slept in his restaurant during the nights the looting happened. When someone broke his window, he scared them away by yelling and waving an antique sword.

Maktabi had his restaurant windows covered in plywood after that happened. And the plywood got covered with a mural.

"Personally, if you're asking me, I still respect each single mural that was painted," Maktabi said. "But me as a business owner right now, I'm covered. My whole place."

Maktabi removed most of the plywood from his restaurant on Thursday.

He said he wants to reopen state street, to "get life back to what it used to be." But what that will look like remains to be seen.