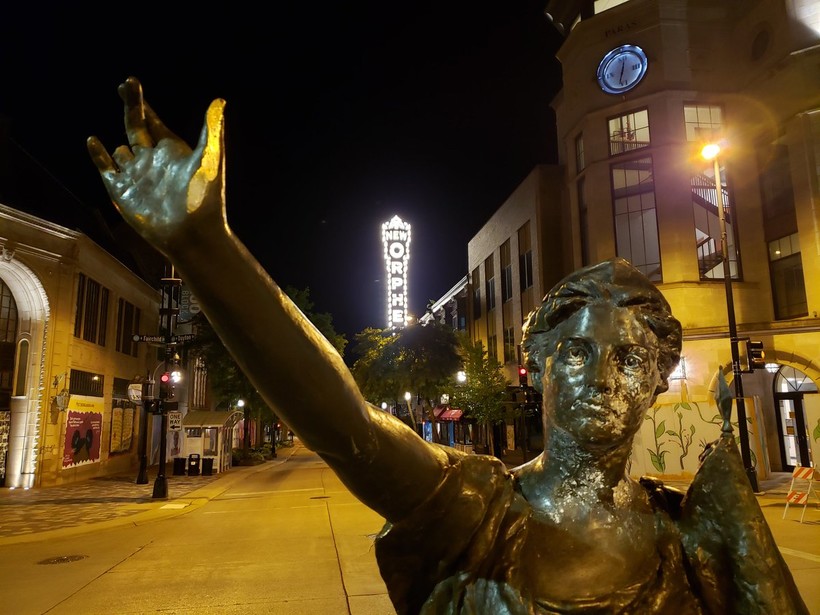 Devonere Johnson Faces Maximum Of 40 Years In Federal Prison If Convicted On Both Counts
By Rachael Vasquez
Share:

A protester whose arrest sparked protests in Madison Tuesday is facing federal charges of extortion, according to the United States Attorney's Office for the Western District of Wisconsin, which announced the charges in a press release Friday.

Devonere Johnson, 28, was arrested Tuesday after walking into a restaurant on the Capitol Square with a megaphone and a baseball bat. Videos, shared on both social media and by the Madison Police Department, show Johnson talking through the megaphone at customers inside the restaurant. After leaving the restaurant, officers arrested him.

The complaint released Friday alleges at some point Monday and Tuesday, Johnson threatened to destroy the windows of a business unless an employee sent money to his personal Venmo account. A second count further alleges Johnson threatened to shut down and "have rioters destroy and burn down" an additional business unless he and his friends were given free food and drinks.

In a statement, U.S. Attorney for the Western District of Wisconsin Scott Blader said, "Those who attempt to take advantage of recent events to extort local businesses under the guise of community activism will be vigorously prosecuted," Blader said, adding "extortion is not activism, it is a crime and it will not be tolerated."

Following Johnson's arrest, protesters gathered at the Capitol Tuesday night. As anger over Johnson's arrest grew, protesters pulled down two statues. Democratic state Sen. Tim Carpenter was also attacked after recording a video of the protests on his cellphone.

Johnson faces two counts of federal extortion. If convicted, he could face a maximum penalty of 20 years in federal prison on each count, for a total of 40 years in prison.