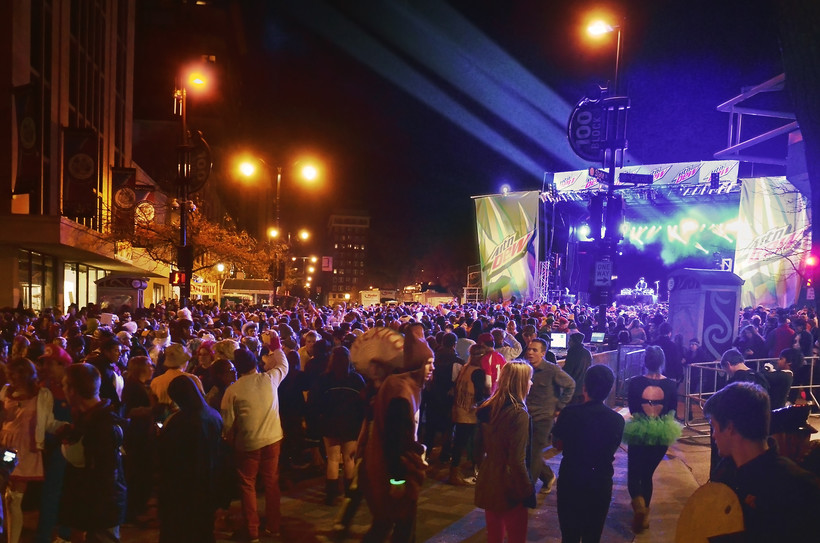 This will be the third year the city has canceled the event, which once drew tens of thousands of people to downtown Madison
By Sarah Lehr
Share:

Madison has once again canceled the Halloween gathering known as Freakfest, an event that once drew tens of thousands of people to the city's downtown.

This will be the third year in a row without the ticketed event after Madison called off Freakest in 2020 and 2021, citing concerns about COVID-19.

City officials say they haven't decided on the fate of Freakfest beyond 2022, although a parks department spokesperson said the festival has been beset with problems for years.

"The City has determined, even before the pandemic, Freakfest was failing and entailing significant public cost and declining interest by promoters," Parks Division spokesperson Ann Shea wrote in an email Monday.

The State Street area near the University of Wisconsin Madison's campus had been a destination for Halloween revelers for decades prior to the pandemic, although the festival had changed over time.

After rioting and vandalism prompted police to use pepper spray against Halloween revelers in the early 2000s, the city rebranded the party as a concert-style event called Freakfest in 2006 and began charging admission. Under the new format, the crowd size was smaller, with about 35,000 attendees in 2006 compared to a peak of about 100,000 people in 2005, according to the Wisconsin State Journal.

Although the city isn't sponsoring Halloween events on the Monday of the holiday or the preceding Saturday, there are several smaller activities planned for downtown Madison in the days leading up to Halloween. They include family-friendly trick-or-treating hosted by Madison's Central Business Improvement District at State Street and Capitol Square on Oct. 26.

Glass bottles will be banned on State Street during Halloween weekend and "Streateries" — restaurants allowed to expand their outdoor seating onto sidewalks, alleys, parking lots and roads — will close at 6 p.m. to "facilitate physical safety," according to the city.