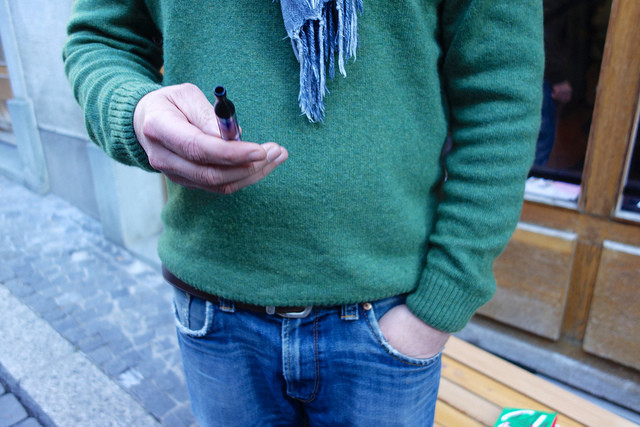 E-cigarettes have been rapidly gaining popularity in the U.S. since they were introduced to the market in the mid-2000s. Photo: Nicolas Nova (CC-BY-NC).

A group of elected Madison officials wants the city to consider banning e-cigarettes in public places.

Madison has had a smoking ban for a decade. Now, city alderwoman Lauren Cnare wants to expand it to include electronic cigarettes — devices that do not contain tobacco or emit smoke, but instead vaporize liquid nicotine. Cnare said the health effects of the devices aren't clear yet.

“So this is sort of a pre-emptive move that says, ‘We don't know. Let’s be prudent and protect people's health by asking people to not use these devices in our indoor spaces that are shared,’” said Cnare.

The proposal also would prohibit e-cigarettes at city beaches and parks where posted.

The Wisconsin Chapter of the American Cancer Society says only three communities include e-cigarettes as part of indoor smoking bans: The village of Ashwaubenon, and the cities of Greenfield and Onalaska. State lawmakers last year tried unsuccessfully to exempt e-cigarettes from the ban.