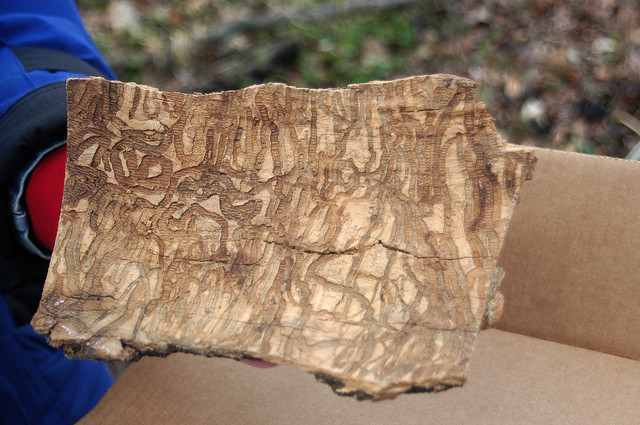 Madison, which began fighting the ash borer this year, has increased the city's forestry division budget from $3.6 million in 2013 to $5.9 million next year.

“The primary cost driver is the ash borer at this point, for sure,” said Eric Knepp, the city's interim parks superintendent. “Protecting and growing and preserving the urban forest is not an inexpensive thing.”

Because property tax bumps are under restrictions in the state budget, the Madison city council established a special Alternative Revenue Work Group. Its goal is to find new ways to fund programs with spiking costs.

Alderman Mark Clear is a member of the three-person group.

“We wanted to look at city services that are very popular, that provide really high levels of service, and also services that are threatened,” said Clear. “And in this case Forestry has a very specific threat of emerald ash borer.”

The group is suggesting a new fee to help fund the forestry division's work. While the amount is yet to be determined, one possibility would be to have it be based on the length of a home's street-adjacent property line. That would average about $50.

The ordinance has already sparked debate.

“$50 a year doesn't sound like much, but it's not the only fee that we might add,” said Kevin King, the executive vice president of the REALTORS Association of South Central Wisconsin. “There might be another one next year; there might be one the year after. So those fees potentially have the ability to add up.”

The ordinance will be introduced Tuesday.