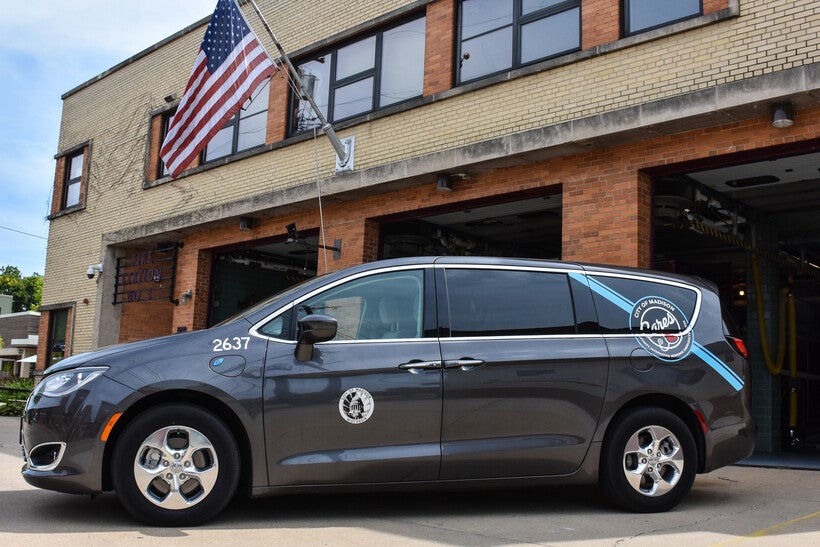 A new mental health response team will be headquartered at Fire Station 3 in downtown Madison. A paramedic and mental health counselor will go to incidents reported to 911 in a gray minivan bearing a Community Alternative Response Emergency Services logo. Photo courtesy of the Madison Fire Department

A pilot program in Madison that sends mental health workers to respond to crisis situations instead of police is now providing service to the whole city.

The Community Alternative Response for Emergency Services program, or CARES, began in September and has responded to more than 250 calls.

The program pairs mental health workers from Journey Mental Health with paramedics. The teams, which are dispatched from a fire station on Williamson Street, were initially only providing service to the downtown area. As of late 2021, they began operating citywide.

"The patients that we've responded to haven't had to have a person with a gun on their hip walk through the door," he said. "Rather, they've had behavioral health crisis professional and a community paramedic."

In order to cover more ground faster, the teams are now mostly traveling in fire department vehicles with lights and sirens, Stedman said, as opposed to the minivans that were used when the program served only the downtown area.

The Madison Police Department already has a unit of dedicated mental health officers, but Madison Mayor Satya Rhodes-Conway said the idea is to take certain mental health crisis situations out of the criminal justice system entirely.

"The motivation for starting this service was to recognize that the appropriate response to a behavioral or mental health issue is actually a health response," she said.

Rhodes-Conway hopes to keep the program running in perpetuity, but said that will ultimately depend on the 2023 city budget.

A program in Milwaukee County has been sending mental health professionals into the community since 2013. As opposed to the CARES program, the Crisis Assessment Response Team program pairs mental health workers with law enforcement officers.

"We want to increase voluntary care, and also increase the amount of times that community members in crisis are able to be stabilized and left in the community for better outcomes," she said.

Milwaukee County has also had a non-police response program since 1995, which is not dispatched through 911 call centers, but rather has its own dedicated line.