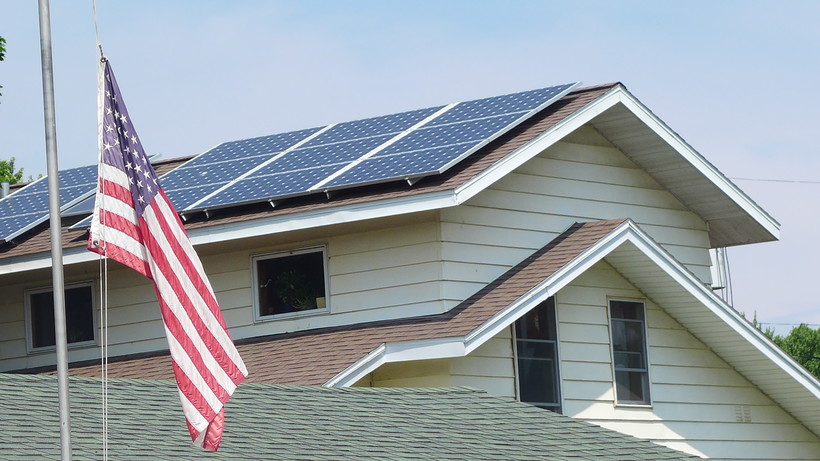 The Madison home of Steve and Sarah Elmore has 12 solar panels which they say produce between 70-80 percent of the family's energy needs.

When Madison residents Steve and Sarah Elmore installed solar panels with the help of a city program four years ago, they used a federal tax credit and a city rebate to pay for more than half the upfront costs. Since then, they've seen the 70 percent of their family's energy needs covered by the 12 solar panels on their.

"So, it's been a great experience for us. We hope others share in our good fortune." said Steve Elmore.

Madison Mayor Paul Soglin and clean energy advocates are also hoping to get more residents to install solar panels as part of the city's MadiSUN program. The city no longer offers a rebate, but it's working to lower costs by requesting bids for a group purchase. In addition, a local credit union is offering low interest loans for solar panels and the cost of installing solar is dropping.

According to Tyler Huebner, of the group RENEW Wisconsin, the cost is half what it was six years ago. But he said financial incentives at the federal and state level might be going away.

Local programs like MadiSUN are working to pick up some of that potential slack with efforts such as public education sessions for city residents.

"Those will give trainings on how solar energy works and the financial commitment that residents can make as well as Summit Credit Union's loan program, having more information on how to finance this so that you have a much lower, if any, up front investment," said Huebner.

He said between 15 to 20 city residents have taken advantage of the city's solar program in the past. Madison and Milwaukee offer loan and/or rebate programs for residents who install solar. Additionally, numerous other incentives are available through the state, counties, municipalities, and utility companies.