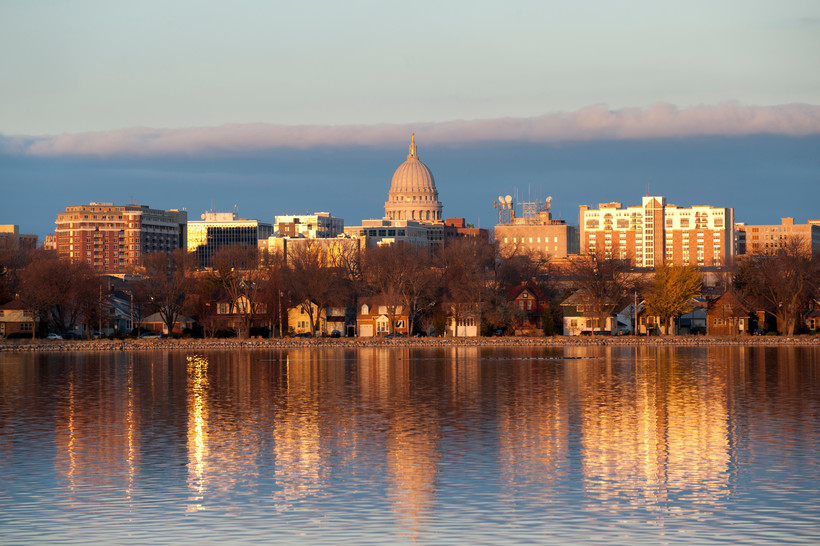 Numerous incidents of disrespect toward colleagues and members of the public have sparked a need for a clear code of conduct
By Diane Bezucha
Share:

After years of mounting tension, two Madison Common Council members are proposing a new policy that would prohibit harassment and discrimination within the council.

This comes after two alders publicly resigned from a special work group last month over complaints about a lack of leadership from the chairperson.

While city employees must follow procedure and conduct guidelines issued by the mayor, the policies do not apply to the 20-member Common Council.

"Right now, there is no mechanism of conflict resolution. If you are having a conflict, people can take any measure. They’re not held accountable. They can say whatever they want to say. They can do whatever they want to do," said Council President Syed Abbas, who co-sponsored the proposal. "This particular policy still respects freedom of expression but also provides an opportunity (for resolving conflicts) in a peaceful way."

On Tuesday, Abbas, along with co-sponsor alder Nasra Wehelie, will introduce the four-page policy to the rest of the council. It includes guidelines governing council members' interactions with each other, city staff and members of the public. Among other things, it prohibits harassment, retaliation, hazing, bullying and microaggressions. The policy also lays out a clear process for resolving conflict during and outside of council meetings.

"We are 20 council members with different…personal and professional backgrounds and experiences, and I believe our aim should be to…serve our residents and the city of Madison with humility," Wehelie said. "This policy is created to ensure all elected officials have clear guidelines in carrying out their responsibilities and their relationship with each other."

She added that any workplace will have its challenges, but the absence of any code of conduct for council members has, at times, made for an uncomfortable work environment.

"Sometimes our members have been hostile, degrading and insulting to other council members and city staff," Wehelie said.

Alderperson Keith Furman, one of the council members accused, has rejected claims of incivility on the Council.

"The work of this committee is complex and with regard to broader concerns about inclusion and collaboration," Furman said in an emailed statement. "I work very hard to listen to all voices who are working for equity and strong government. The recordings from these meetings are available and I encourage people to watch for themselves when considering this situation."

The disrespect has targeted the public, too.

During the open comment period of a virtual council meeting in 2020, a council member allegedly hurled a derogatory term at a member of the public. The insult can be clearly heard in recording of the meeting and was alleged to be from alder Paul Skidmore, but a months-long, $10,000 investigation was inconclusive.

"Over the past few months, the culture and civility of Common Council meetings has drastically deteriorated, culminating in what appears to be the use of gender-based profanity addressed at a member of the public," the statement said.

Abbas said this slow dissolution of decorum has been happening for years, and even in just his three years on the council he has seen a difference.

"I have noticed on a personal level, there's a lack of culture within the council," Abbas said.

And the shift to virtual meetings has made things harder, especially for the eight alders who started during the pandemic.

"One of the biggest obstacles is establishing relationships on a personal level," Abbas said.

In the virtual setting, Abbas said, it’s much harder to coordinate meetings and the result is less collegiality and collaboration among council members.

Wehelie was one of the two alders who publicly resigned last month from a special task force focused on the structure of city government. She and alder Barbara Harrington-McKinney expressed concerns that the chairperson, alder Keith Furman, was not providing adequate leadership, communication or collaboration.

Wehelie said items were brought to the full council without discussion at the committee level and meeting times were changed or canceled without adequate notice.

The task force was charged with examining issues of power and responsibilities within city government to find ways to promote more equitable participation and representation.

"When the chair wants to influence the decision-making based on his needs or his wants, it doesn't align with our objective for this workgroup," Wehelie said. "Our voices were not heard, or our ideas were not really put into consideration.”"

Wehelie’s experiences on the special task force were part of what fueled her desire to co-sponsor the new policy. In drafting the policies, she said she was inspired by the code of conduct for elected officials in Eau Claire.

Milwaukee recently adopted a similar policy, and Abbas said it is long overdue for a city as progressive as Madison. He sees the move as "setting the table right" for new alders who would be trained in the conduct policies as part of their initial orientation.

After being introduced Tuesday, the proposal will likely be taken up for discussion by the executive committee and could be adopted as soon as the Tuesday, April 19 meeting.

"(We) expect the members of the Common Council to treat their colleagues, city employees and members of the public in a more welcoming, fair, respectful and equitable manner," Wehelie said.