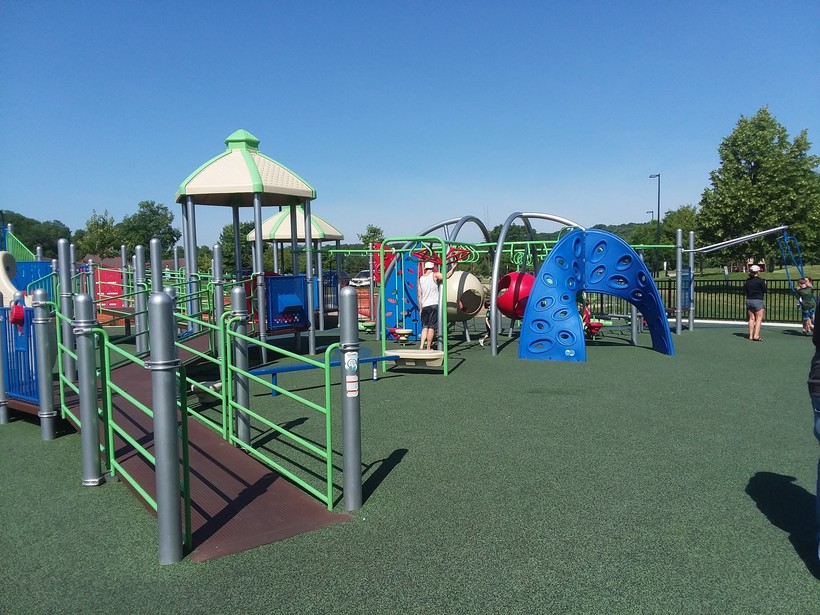 This photo of an all-inclusive playground at Elver Park on Madison's west side shows how kids can climb to the top of the playground using arms, legs and wheelchairs. There's also a fence to clearly mark the boundaries of the playground. Photo courtesy of Madison Parks

In order to get more people in on the fun, the city of Madison has a goal of eventually creating five playgrounds that can be enjoyed by everyone — including those in wheelchairs and those who can't see.

City officials held a ribbon-cutting ceremony at Elver Park on Madison's west side Friday to showcase its second all-inclusive park. The first was constructed in 2017 near downtown at Brittingham Park.

Madison has a lot of parks, 274 in all. According to the Trust for Public Land, Madison ranked 12th highest in a 2019 comparison of park access, investment, acreage and amenities in different cities across the United States.

And Madison has a lot of playgrounds in those parks; 176. But most don't accommodate those who, say, are unable to walk or have other needs. The playgrounds at Elver and Brittingham parks do.

"There are quiet areas for people on the autism spectrum and there are signs with Braille throughout," said Stephanie Franklin, executive director of the Madison Parks Foundation, a nonprofit group that does fundraising for public parks. "There are wide turn areas with a larger footprint so there’s easy maneuverability. All of the locations will be at a community park which is a larger park which has handicap parking." 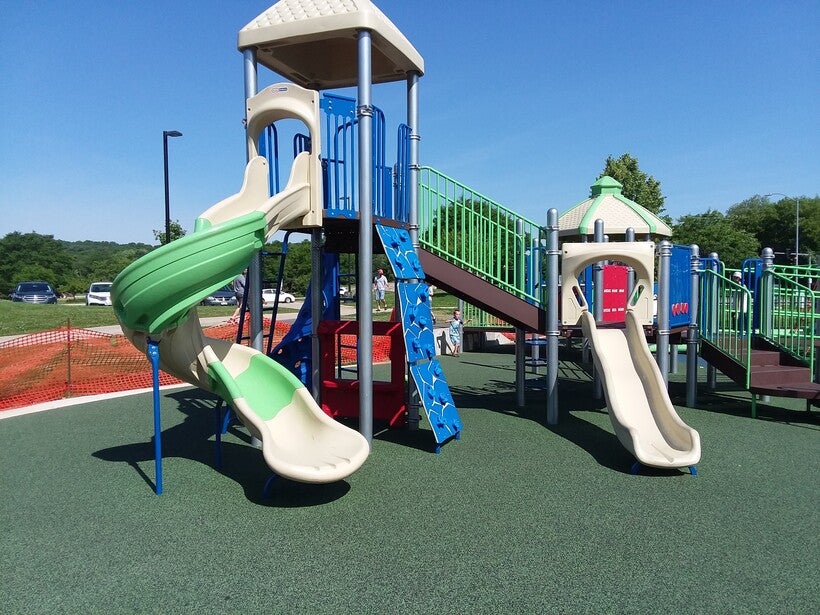 This photo of an all-inclusive playground at Elver Park on Madison's west side shows how children can climb to the top of the playground using arms, legs and wheelchairs. There's also a fence to clearly mark the boundaries of the playground. Photo courtesy of Madison Parks

The all-inclusive playgrounds are soft to little knees but firm enough they can support a wheelchair or stroller. The surface is poured-in-place rubber, which is one reason the cost of such parks is four times that of a traditional park, Franklin said.

The playgrounds are also bigger and have ramps that access play structures. Finally, there’s a higher cost for manufactured components.

One in five people live with a disability, either cognitive or physical, according to the U.S. Census Bureau. Franklin estimates that 12 percent of Madison's children under age 15 fall into that category.

"So that means almost 5,000 children and their families are being served by only two fully-accessible playgrounds," Franklin said. "So we at the Parks Foundation feel it’s a huge priority to promote inclusiveness."

More of these parks are cropping up around the country. People can check to see if there is one in their area online. In all of Wisconsin, there are 13 playgrounds designed to accomodate those with special needs.