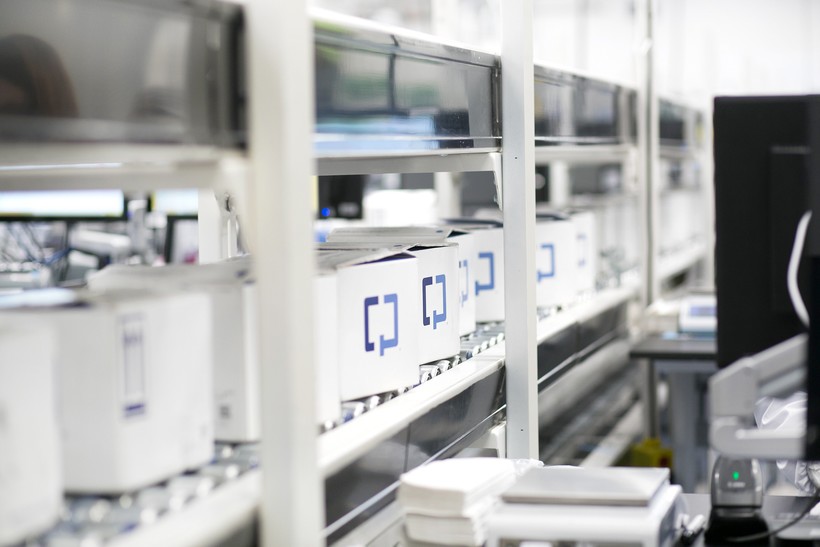 PreventionGenetics, a DNA testing laboratory, provides more than 5,000 types of genetic tests and was purchased by Exact Sciences for $190 million, according to the company’s announcement Sunday.

Exact Sciences makes Cologuard, an at-home colon cancer screening test, as well as a diagnostic test to help doctors individualize cancer treatments. The company employs around 3,000 people at their headquarters in Madison.

"It's all about patients, customers, physicians, hospitals, understanding the inherited risk of rare diseases, and what PreventionGenetics does, mostly in the pediatric hereditary genetic space, is second to none," Cunningham said.

He said Exact Sciences was attracted by PreventionGenetics’ customer relationships and the way they’ve grown their businesses since starting in Marshfield in 2004.

Cunningham said there are no plans to change the lab’s current operations or staffing in Marshfield. PreventionGenetics employs 25 geneticists, according to the release.

Exact Sciences hopes to learn more about the company’s operations over the next six to eight months, Cunningham said, while simultaneously beginning development on their hereditary cancer testing.

Cunningham said his company hopes the work will help people understand their inherited risk of cancer as early as possible.

"Cancer is the number one killer of people under the age of 85," Cunningham said. "And when I think about that statistic alone, it's not just about treating cancer, but it's about the early continuum of understanding your inherited risk, really articulating the importance of early screening."

Lisa Johnson is CEO of BioForward Wisconsin, a health technology trade group. She said Exact Sciences' purchase of a Wisconsin company shows the state continues to be a leader in biohealth. Johnson said the industry has a $29 billion economic impact in Wisconsin and contributes 46,000 direct jobs.

She said the purchase also indicates the growing demand for personalized medicine.

"If you're able to know these (genetic) markers and we can diagnose, then those therapeutics when they come in are going to be far more powerful when they go to treat my disease versus you, who has a very different genetic profile," Johnson said. "It makes great sense that Exact Science was looking at PreventionGenetics and now has purchased them, and it's very exciting that this is two Wisconsin companies."

The $190 million sale for PreventionGenetics will be comprised of 50 percent in Exact Sciences common stock and 50 percent in cash, according to the announcement.