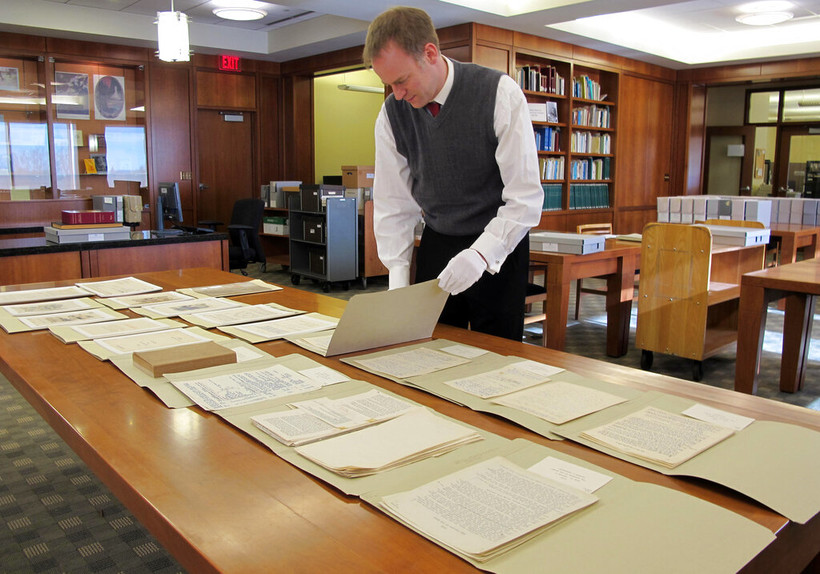 In this Nov. 27, 2012 photo Marquette University Archivist Bill Fliss arranges some of the 11,000 J.R.R. Tolkien papers the university owns in the library of the Milwaukee school, which is home to the largest Tolkien collection in the world. Carrie Antlfinger/AP Photo

For 'The Lord of the Rings' fans, new Marquette exhibit is chance to see J.R.R. Tolkien’s manuscripts

‘J.R.R. Tolkien: The Art of the Manuscript’ exhibit at Haggerty Museum of Art will run until Dec. 23
By Jonah Beleckis
Share:

Before Amazon releases its "The Lord of the Rings" series Thursday, fans who want a taste of Middle-earth and other creations from esteemed author J.R.R. Tolkien can visit a new exhibit at Marquette University.

"J.R.R. Tolkien: The Art of the Manuscript" opened Aug. 19 at the Haggerty Museum of Art and features some of the more than 11,000 pages of manuscript material housed at the university, said William Fliss, an archivist and curator of the Tolkien collection at Marquette.

Many of the 147 items on display are being exhibited for the first time, according to the museum, which says it is hoping to build on previous exhibits in England, France and New York City.

The exhibit will show materials borrowed from the Bodleian Libraries at the University of Oxford, where Tolkien was a professor and a spot Fliss said was "the other great place in the world to go for Tolkien manuscripts."

So, how did all these manuscripts end up in Milwaukee? After all, Fliss said Tolkien never set foot in the United States.

Fliss credits the foresight of Marquette’s library director in the 1950s. He approached the author through an intermediary and asked about buying manuscripts shortly after Tolkien published "The Lord of the Rings" — which Fliss said was before Tolkien became a phenomenon.

Tolkien agreed to sell manuscripts for four pieces: "The Hobbit," "The Lord of the Rings," "Farmer Giles of Ham" and an illustrated children’s book called "Mr. Bliss."

"Sometimes it just pays to be the first to ask," Fliss said recently on Wisconsin Public Radio’s "The Morning Show." "No one else had asked at this point."

That core body of work has drawn researchers from all over the world since the 1950s, he said. The university has also continued to add manuscripts by Tolkien, who died in 1973. 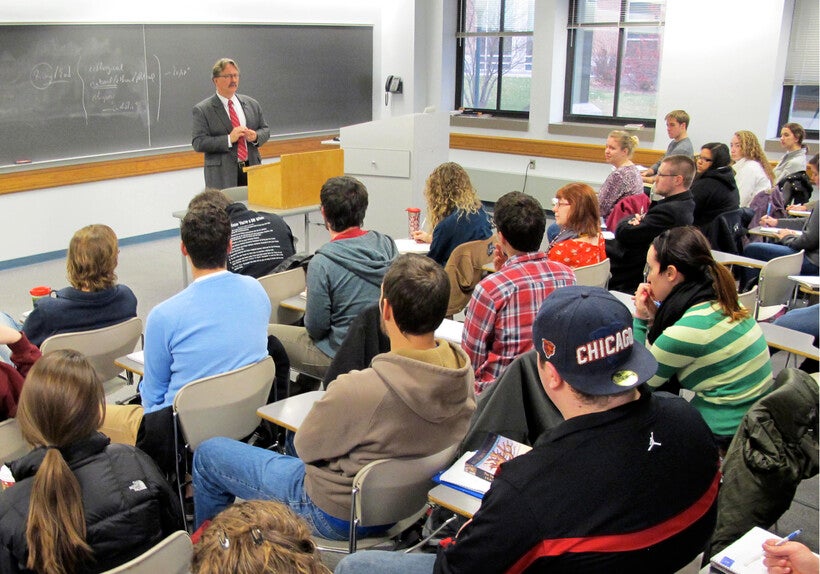 In this Nov. 27, 2012 photo Marquette University professor Tim Machan teaches a class on J.R.R. Tolkien that focuses on all of his books, books that influenced Tolkien and other tidbits about the writer. AP Photo/Carrie Antlfinger

Sarah Schaefer, an assistant professor of art history at the University of Wisconsin-Milwaukee, also curated the Tolkien exhibit. She said having other exhibits for Tolkien’s work in recent years took pressure off them to make the one at Marquette comprehensive. She asked: What could we offer?

That led her to the manuscripts — the working drafts, the unpublished versions of iconic texts, the handwritten documents.

Fliss said Tolkien’s handwriting "could be absolutely beautiful," but some of his working manuscripts on display are less so.

"I would challenge some of the visitors to try to make out what he’s saying," he said.

The exhibit at Marquette runs until Dec. 23. Adult tickets are $11.53 with free admission offered for Marquette students, staff and faculty, as well as all children age 17 and younger. 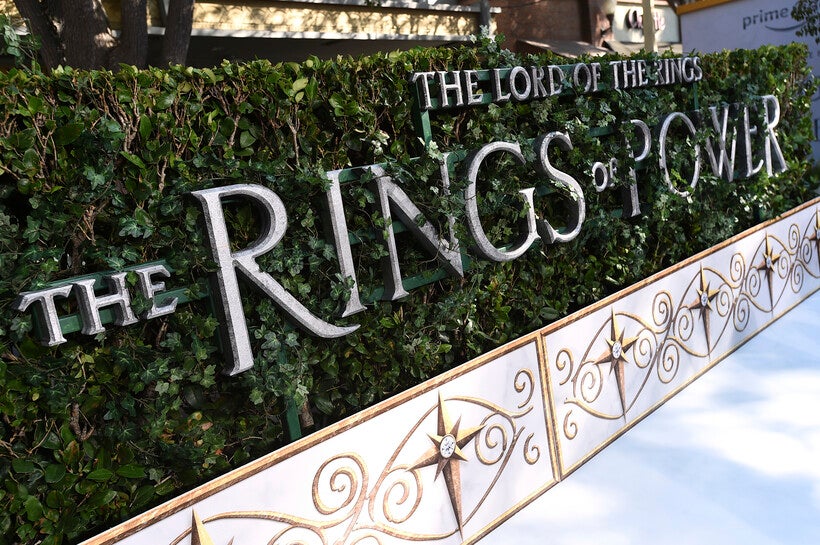 A view of the atmosphere appears at the premiere of "The Lord of the Rings: The Rings of Power" at The Culver Studios on Aug. 15 in Culver City, Calif. Photo by Jordan Strauss/Invision/AP

Amazon’s "The Lord of the Rings: The Rings of Power" is scheduled to drop its first two episodes at 8 p.m. Thursday. The eighth and final episode of the season comes out Oct. 14.

Schaefer said fans who were once skeptical about the show are now genuinely excited.

"It has become clear that the people who are involved in the show seem to be very deep fans as well and very respectful of the material and of the fan community that exists already," she said.

Fliss hasn’t been following news about the show closely, but he hopes it will generate interest in the exhibit.

A few years ago, he thought of creating an oral history collection from Tolkien fans, explaining how they connected with the author and what Tolkien has meant to them. That collection is still ongoing, and visitors to the new exhibit have the option to conduct an interview onsite.

"One of the things I love is the fact that you can be a fan — a deep, deep fan — in such different ways," Schaefer said. "That speaks to the breadth and depth of this huge creative body that Tolkien created." 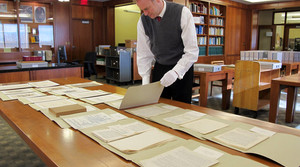 An exhibition of J. R. R. Tolkien’s manuscripts is set to open on Marquette University’s campus later this week. Today, we talk with the exhibition’s co-curators about what they hope to show visitors about the 20th Century author.