There are three third-party candidates and one independent candidate who will be on the ballot for governor in Wisconsin this November.

In addition, a Republican is mounting a primary bid against Gov. Scott Walker in August.

The candidates each gathered the required 2,000 signatures by the June 1 deadline, according to the Wisconsin Elections Commission. 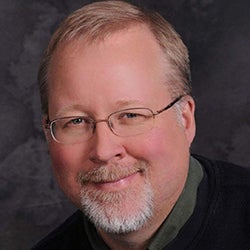 Phil Anderson, running as a Libertarian, owns a real estate business in Fitchburg. He ran unsuccessfully for both the U.S. Senate in 2016 and Wisconsin state Assembly District 47 in 2014.

For Anderson, sweeping criminal justice reform is a top priority.

"Legalizing marijuana, recreationally and medicinally, getting rid of mandatory minimum sentencing, allowing for jury nullification so that juries can nullify bad laws, pardon people who are in jail for nonviolent drug offenses, and last but not least, people that are out of prison should be allowed to vote," Anderson told WPR.

The Libertarian candidate also opposes the tax incentives signed into law by Gov. Scott Walker for the Foxconn development located in Racine County.

"Foxconn is basically a handout to a foreign company," Anderson said. "The best way to stimulate the economy is reduce taxes on individuals and businesses. Give the money that they're giving to Foxconn to the people that already live and work and run businesses in Wisconsin. Let them spend that money as they see fit."

"We will become viable and we will start winning offices once people break out of that mindset that they only have two choices," Libertarian candidate for governor Phil Anderson said. "People should vote their conscience. Otherwise they're not really being represented."

Anderson said voters need to change their attitudes about the two-party system.

"We will become viable and we will start winning offices once people break out of that mindset that they only have two choices," Anderson said. "People should vote their conscience. Otherwise they're not really being represented." 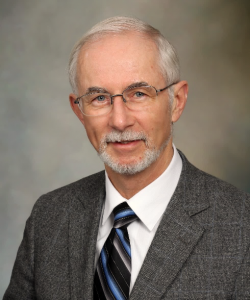 Michael White, a Green Party candidate, spent 20 years as a physician in the U.S. Navy and U.S. Air Force before going into private practice in La Crosse.

He said his top priority is the environment.

"Climate change is real. There is no Planet B. It is a building and immediate problem," White told WPR.

He said if elected, he would have Wisconsin go on record supporting the Paris climate accord, which President Donald Trump rejected.

"There are 13 states in the United States that are independently working to live up to the Paris climate accord, independent of the federal government," White said. "Wisconsin is not one of them, but Minnesota is."

White said he would also use his power as governor to bring down the cost of medical care and prescription medicine.

"I am a physician, and I am watching the cost of medicine and the cost of medications go through the roof for my patients." White said. "We are getting ripped off by the drug companies and our leaders in both parties have failed to do anything about it."

White’s other priorities include getting corporate money out of politics, raising the minimum wage and finding more money for education, according to his website.

White said he was convinced to run by 2016 presidential candidate Jill Stein "in order to keep the Green Party in the political dialog." He denied claims by some Democrats that Stein’s candidacy hurt Hillary Clinton in Wisconsin. 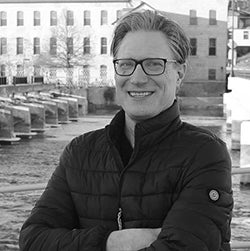 Arnie Enz is running for governor on the Wisconsin Party ticket — a political party of his creation. Enz is a software engineer from Appleton who owns an information technology consulting business.

He told WPR that society has reached the limits of economic growth, requiring a transition to a sustainable, "steady state" economy.

"What I'd like to do is actually just tap the brakes on our economy and our policies that promote growth and say, we have a lot. We have more riches than anybody can imagine. We don't need more. We need to do a better job of using what we have in front of us right now," Enz said.

Enz said he wants to rebuild Wisconsin’s core infrastructure while protecting the environment.

"Why build new roads? Why don't we make the roads that we have not have potholes and make them better roads? Why build new pipelines? Let's just make sure that the ones that we have are really, really robust and we start talking about how we transition into other kinds of energy sources," Enz said.

"It is being kind," Arnie Enz, a candidate for governor running on the Wisconsin Party ticket, said. "It's not just who you vote for this November. It's what you do every day between now and then and every day afterwards."

Enz said the two-party political system is broken. He said the parties and the media have used "hot button divisive issues" to create a climate in which people no longer treat each other with respect.

"It is being kind," Enz said. "It's not just who you vote for this November. It's what you do every day between now and then and every day afterwards."

Enz pledges on his website that he will not accept any campaign contributions, and that he plans to spend less than $1,000 of his own money to run for governor. 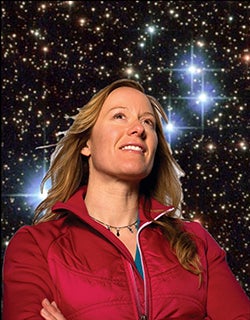 Maggie Turnbull is a scientist who is running as an independent candidate. She is an astrobiologist who has worked with NASA on the search for extraterrestrial life. Her work has been profiled on CNN and in On Wisconsin, the University of Wisconsin’s alumni magazine. She has served on the Antigo Common Council and has lived in Madison.

"Within a reasonable budget, with a streamlined government, and without raising taxes at all, we can direct our resources to do a much better job at protecting the environment. And not just protecting it but actively restoring it," Turnbull told WPR.

She said she wants to return local control over zoning for lakes and recreational waters.

"The state government has decided that local counties and local municipalities should not be allowed to set their own standards for protecting their waterways," Turnbull said. "One of the reasons that people choose to live in Wisconsin is because we have a beautiful, natural environment. Our waterways need to be protected."

Turnbull said she is unhappy with the influence of special interest money on both major political parties. She said she rejects the argument that independent or third-party candidates steal votes from Democrats or Republicans.

"The two main parties are the problem. They're the ones who are stealing votes away from a rational viewpoint," she laughed. "I just want to represent a platform that resonates with people. If they vote with their hearts and their minds, we can elect an independent governor." 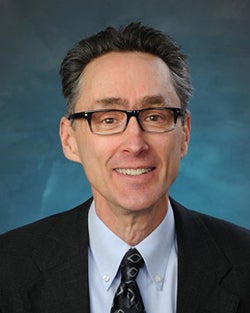 Republican Robert Meyer will appear on the Aug. 14 Republican primary ballot as a challenger to incumbent Gov. Scott Walker.

He said he wants more support for higher education, and said Wisconsin can do better economically than it has under Walker.

"A lot of farmers are hanging on by their fingernails to hold onto their farm. You've got people in small towns throughout the state who are chronically underemployed," Meyer told WPR. "It doesn't matter what the unemployment statistics are, if you drive around Milwaukee and Racine, there are these real serious challenges."

"I know that it's very difficult to displace an incumbent, but you never know until you try and we could make history," Republican candidate for governor Robert Meyer said. "And this is exactly the kind of race where someone could come out of nowhere and win."

He said he wants to make Wisconsin a leading state in technology, but he thinks Walker gave away too many incentives to attract the Foxconn development.

"The unfortunate part of Foxconn is that everyone in the state has to subsidize it for the next two decades ... and then when you look at the environmental compromises, we've overpaid terribly," Meyer said. "I'm not trying to make it personal. The governor has never had a business job."

Meyer calls himself a socially moderate, fiscally conservative Republican. He said the party should move on from "extreme libertarianism."

"The extreme radical libertarians, they don't want any taxes. This is the philosophy that's been driven and funded and developed by a small number of families that include the Koch brothers," Meyer said. "They don't want people involved who are the lowest income citizens because we're bound to vote for roads and schools."

Meyer said he could defeat Walker in the August primary because of the power of social media.

"I know that it's very difficult to displace an incumbent, but you never know until you try and we could make history," Meyer said. "And this is exactly the kind of race where someone could come out of nowhere and win."