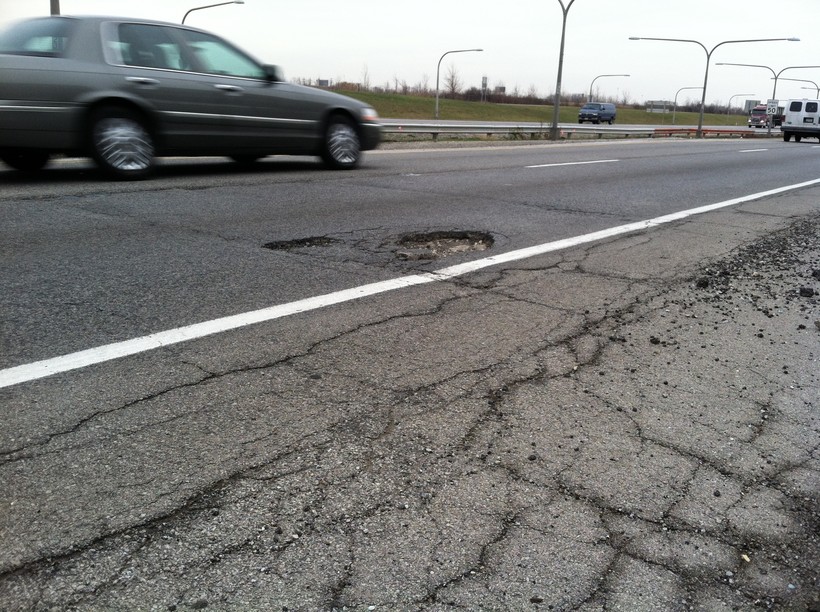 Groups representing Wisconsin counties, cities and towns are calling for more funding to repair roads across the state. The cost of delayed road projects is causing local government leaders and lawmakers to reconsider how the state is repairing its ailing network of roads.

Douglas County administrator Andy Lisak said bonding is one of the few options they have to pay for repairs with state constraints on raising property taxes.

"Especially in areas where we’re not experiencing the level of growth that some of the more populated areas like Dane County and even St. Croix County are experiencing," he said.

The county bonded for $4 million in road repairs last year and another $2.5 million this year.

Lawmakers provided $850 million in bonding under the last budget for the state’s transportation infrastructure, which fell short of Gov. Scott Walker’s request for $1.3 billion in borrowing. As a result, the Department of Transportation delayed some road projects. Wisconsin League of Municipalities executive director Jerry Deschane said the delays mean the cost or projects will rise with inflation.

"The longer we wait the more it’s going to cost to catch up," he said.

Mike Koles, Wisconsin Towns Association executive director,  added that failure to invest money now may hurt economic development. He said the state’s roads were not designed to handle some of the more advanced equipment now being used by the ag and forest products industries.

"Towns have little choice, as do the counties, cities and villages, but to start severely limiting the use of that type of equipment on our roadways," Koles said.

In an opinion column, Assembly Majority Leader Jim Steineke said legislators should fix the state’s transportation shortfall now to prevent borrowing or higher costs for road repairs down the line.

"Not one Republican in the Legislature relishes the idea of a tax or fee increase. But we also can’t ignore the fact that taxes for infrastructure are already going up. Local units of government, due in part to stagnating support from the state, have instituted wheel taxes to fund local roads and some are even looking at going to referenda to plug the gap. This is not a choice between whether to broaden the base of revenue for infrastructure costs. It’s a choice between doing it responsibly at the state level so everyone benefits (and visitors to our state also pay) or leaving it to our towns, cities and villages to make the tough decisions in a patchwork way that’ll leave many out in the cold."

Gov. Scott Walker has said in the past that he would not support a gas or vehicle registration fee hike to pay for road repairs. But, some republicans like Assembly Speaker Robin Vos have said they shouldn’t be ruled out.