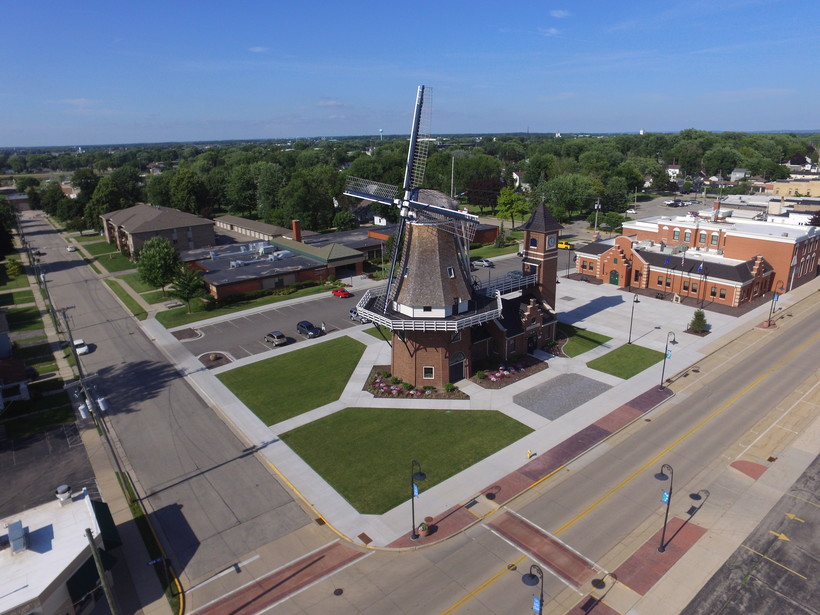 Little Chute Competes For Best City Hall In US

The Village of Little Chute is like a classic college basketball Cinderella story, cruising through a bracketed tournament vying to hold the title of the best-looking city hall in the nation. It all started in January with a field of 64 contenders.

"The windmill operates on two things: volunteer power and the wind. It’s all wood. It’s a pretty impressive machine, and to get up inside the windmill and tour it," Fenlon told Wisconsin Public Radio. "You get some pretty cool views of the downtown from up above."

The windmill was constructed in The Netherlands and shipped in pieces to Little Chute where it was reconstructed. A grand opening for the windmill was held in May 2015. Fenlon said the project was a $4 million local fundraising initiative. It opens for the tour season April 1.

Fenlon said thousands of visitors come to see the windmill and the 2,000 tulip bulbs tended by local residents.

With the wind at its back in this City Hall Madness, the village is leaning on social media and church bulletins to rally votes, Fenlon said. It’s up against Cedar Rapids, Iowa, in the Elite Eight bracket with voting open until 10:59 p.m. Friday, Feb. 24.

Little Chute is now in the company of much larger communities in the Elite Eight, including Pasadena, California; Durham, North Carolina; and Vancouver, Washington.

Fenlon attributes the village’s success in the competition to a commitment to its heritage and maintaining the beauty of its surroundings.

"I think it’s important to take care of your infrastructure and nothing speaks greater volumes than what your municipal hall or complex looks like. Regardless of whether you are a city, village or town, you get one chance to make a great impression, and we think our village hall does that," Fenlon said.

If the Village of Little Chute upends Cedar Rapids in the vote total, the Final Four round of voting is set for the week of Feb. 27. The national championship voting for best city hall is slated for the week of March 6. The winner receives the "Leslie Barbara Knope Greatest City Hall" trophy – in humorous homage to the hit NBC comedy "Parks and Recreation" starring Amy Poehler – and membership benefits from the Engaging Local Government Leaders organization.