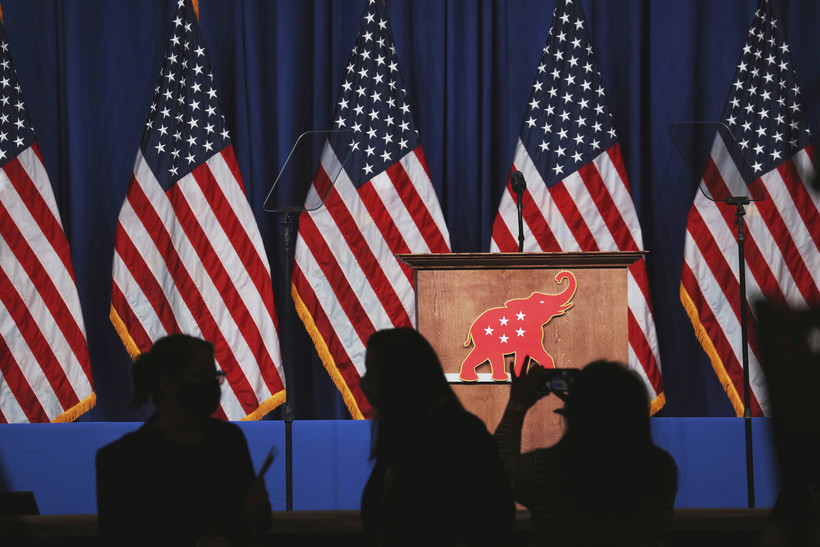 The room is set and delegates begin to arrive for the first day of the Republican National Convention, Monday, Aug. 24, 2020, in Charlotte, N.C. Travis Dove/AP Photo

Wisconsin politicians aren’t expected to play a major role at the Republican National Convention this week, but former Gov. Scott Walker gave a short speech Monday morning, and a pair of central Wisconsin business owners are slated to speak later in the week.

The four-day convention kicked off Monday in Charlotte, North Carolina. It will include speeches from President Donald Trump, Vice President Mike Pence and other high-profile Republicans from across the country.

Unlike last week’s Democratic Party convention, no current Wisconsin officeholders are slated to give speeches, according to a list of 70 convention speakers released by the Trump campaign on Sunday.

However, Walker gave a brief speech on Monday in support of Pence. Walker offered the official nomination to place Pence on the GOP’s presidential ticket.

Walker said the vice president is the "perfect partner" to "take on the Washington establishment" with Trump. He argued the president and Pence are "a lot alike."

"Both are successful chief executives," he said. "Both are doers, not just talkers."

Walker spoke about the vice president’s support for taxpayer-funded private school vouchers, his opposition to abortion and his support for law enforcement.

Walker also recalled a time Pence called to check on his mother, who was in the hospital.

During an appearance on NBC's "Meet the Press" on Sunday, Walker said he expects the president and vice president to use their convention speeches to draw a sharp contrast between themselves and a potential Biden administration.

"They’ve got to show how they can get things going in the right direction and then contrast that with Joe Biden, who has really outsourced his agenda to the radical left of his party," Walker said.

He also reiterated the theme of Trump and Pence as "doers."

"Washington is filled with politicians who say all the right things, and don’t get squat done," Walker said. "This president may not always talk and tweet the way I do, but in the end he actually gets things done."

Two Wisconsin business owners are scheduled to speak at the convention later this week.

John Peterson, owner of Schuette Metals in Rothschild, is scheduled to address the convention on Tuesday and Debbie Flood, president of Melron Corp. in Schofield, will speak Thursday.