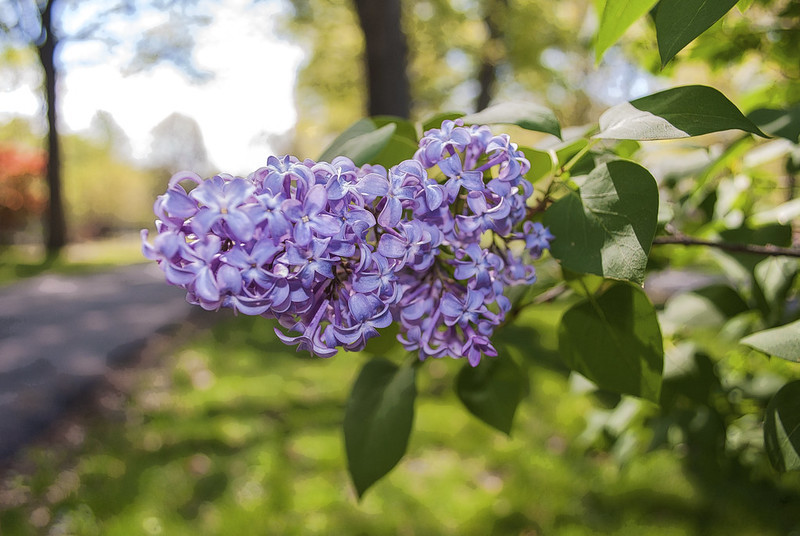 'Plants can't just put on a pair of shorts and a cap and put a little sunscreen on in October. They really need to be getting ready for the winter'
By Megan Hart
Share:

Most of the state is set to cool down this week with low temperatures below freezing. Parts of Wisconsin could see rain and snow this weekend.

Madison's freezing temperatures are arriving about a month behind normal, said David Stevens, curator of the Longenecker Horticultural Gardens at the University of Wisconsin-Madison Arboretum.

Wisconsin’s unseasonably warm fall has had an impact on animal and plant life, including the arboretum’s lilacs, which usually bloom in the spring.

"While it's not uncommon to see a few flowers pop on these common lilacs in late summer, early fall, this year was pretty extreme," Stevens said. "We're seeing quite a few flowers throughout our collection that we normally would not see."

Madison’s rainfall rate is about 12 inches behind normal so far this year. A dry but humid growing season encouraged leaf diseases that caused many lilacs to enter early dormancy, Stevens said. When it started raining again this fall, many of the plants began to grow again and flowers opened back up. They’ll die this week when temperatures fall below freezing, he said.

"We often forget — because the warm weather is so welcome for us in Wisconsin this time of year — that it is not really what our plants evolved with, so plants can't just put on a pair of shorts and a cap and put a little sunscreen on in October," Stevens said. "They really need to be getting ready for the winter."

Even native species are feeling the effects this year. Around Madison, many trees have yet to change color. With temperatures falling, they’ll drop green leaves without having absorbed the nutrients from those leaves into their overwintering structures, like their roots, branches and trunk, Stevens said.

"We really don't have a normal weather pattern anymore. We go from one year of excessive water to the next year of drought," he said. "That becomes kind of tough on things."

Over the course of three days in February 2019, Dane County saw temperatures swing by more than 70 degrees. And when temperatures fluctuate dramatically in winter, it puts stress on woody plants, like trees, shrubs and vines, even making them more prone to the types of leaf disease that affected the arboretum’s lilacs this year, Stevens said.

A naturalist at Bay Beach Wildlife Sanctuary in Green Bay said this year's bird migration has lasted longer than normal. Without freezing temperatures, bugs have lasted longer into the fall. They're a food source for neotropical migratory birds, like warblers and thrushes.