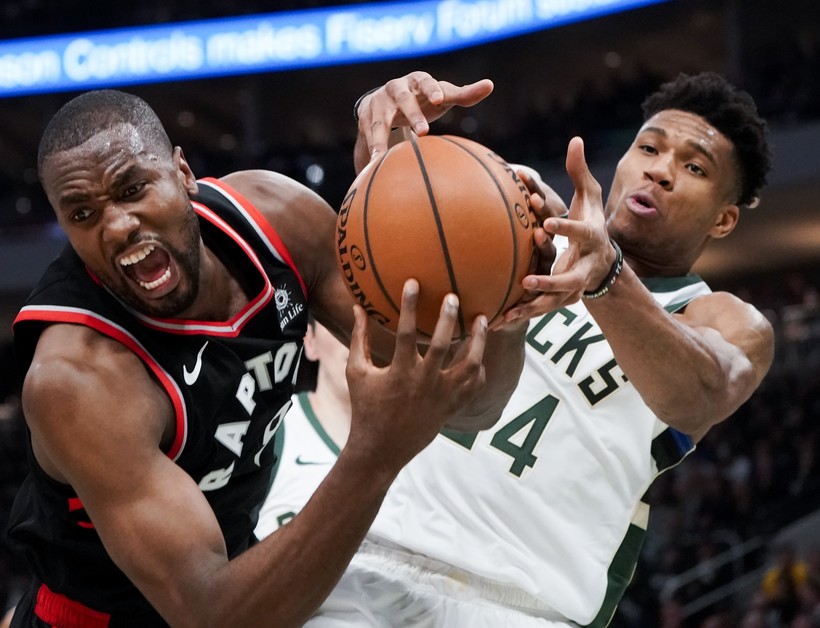 Teams Face Off In In 2 OTs
By The Associated Press
Share:

Kawhi Leonard scored 36 points, including eight in the second overtime, and the Toronto Raptors beat Milwaukee 118-112 on Sunday night to cut the Bucks' lead to 2-1 in the Eastern Conference finals.

Pascal Siakam had 25 points and 11 rebounds, Norman Powell scored 19 points before fouling out, and Marc Gasol had 16 points and 12 rebounds. The Raptors will try to draw even when they host Game 4 on Tuesday night.

Giannis Antetokounmpo had 12 points and 23 rebounds before fouling out with 4:24 to go in the second overtime. Antetokounmpo shot 5 for 16.

Toronto won despite guards Kyle Lowry and Powell both fouling out in the fourth quarter. Siakam also missed a pair of free throws with 7.4 seconds left in regulation that could have iced the game for the Raptors.