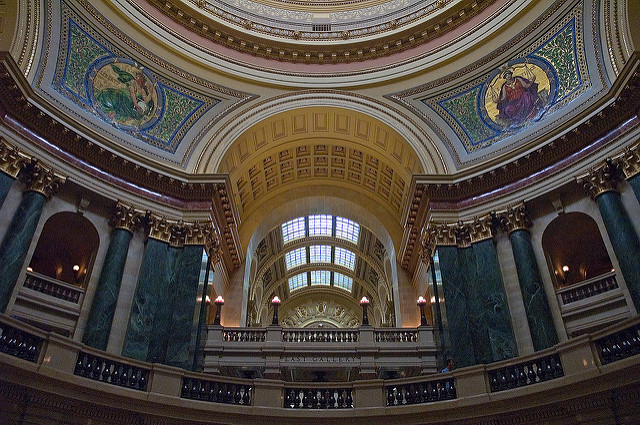 Wisconsin's economic development agency would once again have the power to give loans to businesses under a measure that cleared the Legislature's budget committee Tuesday.

The Wisconsin Economic Development Corporation's loan authority was suspended two years ago after a critical audit outlined problems with loan distribution and tracking.

"They have made significant strides; anything that's been pointed out in past audits, they've adjusted to and corrected," said Rep. John Nygren, R-Marinette. "So, we have nothing but faith in the leadership that if there's any shortcomings in future audits, that they'll take steps to correct those as well."

Rep. Katrina Shankland, D-Stevens Point, pushed back on that during a Joint Finance Committee debate Tuesday, arguing the agency hasn't done enough to respond to companies who have outsourced jobs after takings state money.

"I don't know that we should be trusting a board that did not fully take into account the seriousness of that outsourcing as well as the urgency to act moving forward," Shankland said.

The budget committee also took up budget proposals for the state Department of Justice on Tuesday.

During that debate, they voted to approve a $2 million funding increase for DNA testing kits.

That extra money will help Wisconsin meet a growing demand for the kits, according to the DOJ. People who have been arrested for certain violent felonies, including sexual assault, must submit a biological sample for testing.

The number of samples submitted to the state has increased about 20 percent over the last two years, according to the DOJ.

The state budget is scheduled to be complete by Friday, June 30.