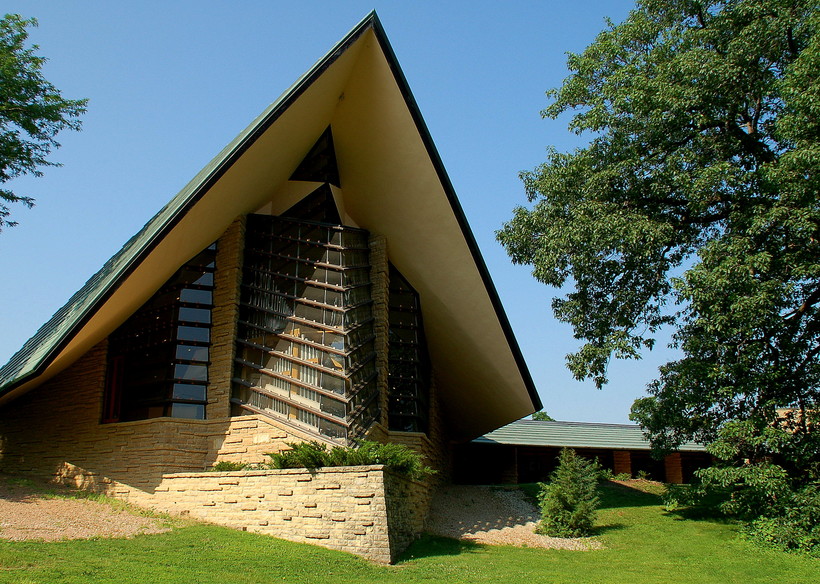 The Unitarian Meeting House in Madison.

New highway signs along the trail will point out some of Frank Lloyd Wright’s most notable works, like the S.C. Johnson headquarters in Racine, Unitarian Meeting House in Madison, and Taliesen in Spring Green.

Many of Wright’s 55 Wisconsin sites will be featured, but the list will exclude certain private homes.

Rep. Todd Novak helped add the plan to the state budget, saying it will be an economic driver for the communities along the trail. The Dodgeville Republican said it will attract out-of-town tourists and remind Wisconsinites that the architectural masterpieces are in their backyards.

"Frank Lloyd Wright has a very large following from people all over the country. I see it in the Spring Green area. The summer is full of people who come to see his property and they’re in awe," said Novak.

The committee budgeted $500,000 for the Department of Tourism to create the trail and promote Wright’s work over the next biennium.

Frank Lloyd Wright Wisconsin president Lois Berg said the group has wanted to create a Frank Lloyd Wright Heritage Trail for years, but never had the funding. She said this will help promote the sites that had little marketing in years past.