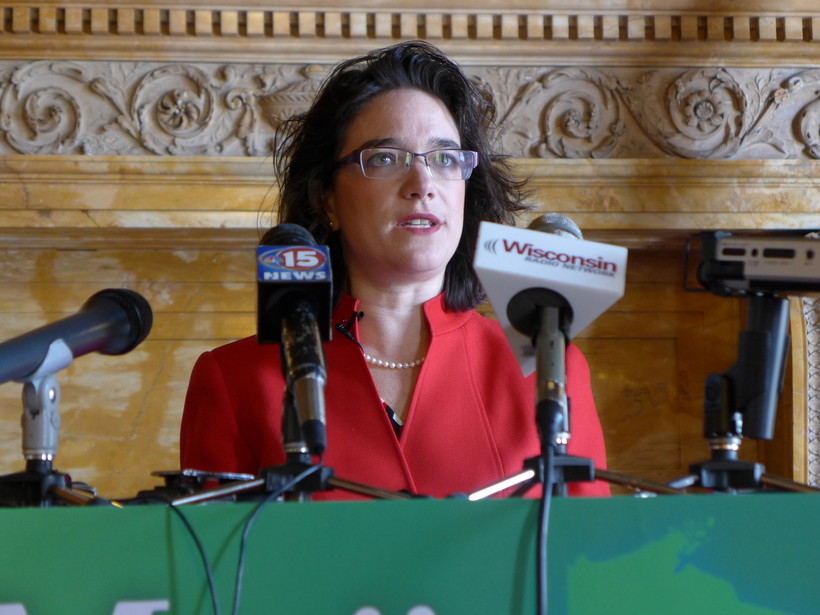 Rep. Melissa Sargent was among the lawmakers who shared personal stories about Lyme disease.

Legislation Would Medical Examining Board Come Up With Standards For Diagnosis, Treatment
By Shamane Mills
Share:

Lawmakers heard emotional stories of how people's lives have been affected by Lyme disease at a hearing Wednesday for a bill supporters say would improve diagnosis and treatment of the tick-borne illness.

Susan Allen of Hartland used to be a teacher and a runner, but now she can't work and has trouble walking after Lyme disease infected her brain. After waiting 4 years for a diagnosis, she describes herself as a "battle-weary warrior."

"I'm a veteran of a war I never signed up for, and a victim of a battle between two entities: my government and the medical establishment," she told lawmakers.

Other victims of Lyme disease testified that they went to countless doctors who misdiagnosed their ailment, or who wouldn't treat them at all.

The bill up for consideration would have the Medical Examining Board come up with rules on how to best diagnose and treat Lyme disease. The legislation faces opposition from the Wisconsin Medical Society, which asserts it would be unprecedented to have the board set such rules.

Dr. James Conway, a pediatric disease specialist with University of Wisconsin Health, told the Assembly health committee there are national guidelines for Lyme disease, and that this bill may be a solution looking for a problem.

Those complications include problems like clostridium difficile diarrhea, commonly known as C. diff.

Lyme disease occurs mostly in the upper Midwest and northeast part of the country. It can cause fatigue, joint pain and even affect the central nervous system.

One of the bill's authors, Rep. Melissa Sargent, told the committee how her 10-year old son was treated for the disease after he got a fever, fatigue and strange rash.

"Probably every single one of us has a story of someone that we know, that we love, that has been touched by this. We are an active community. We are a state that loves being outdoors," she said.

Rep. James Edming, a member of the health committee, talked about his own bout with Lyme disease.

"I'm almost scared to go into the woods — and I live in the woods," he said. "You can't walk around with this big jar over top of yourself with a cap on top of it."

Rep. David Craig, another author, said the bill differs from laws in Maine, New Hampshire and Connecticut, which protect doctors from license sanctions for prescribing controversial Lyme treatments. Craig said this legislation provides a clear direction for medical professionals regarding what steps can be taken to treat long-term symptoms of Lyme disease.