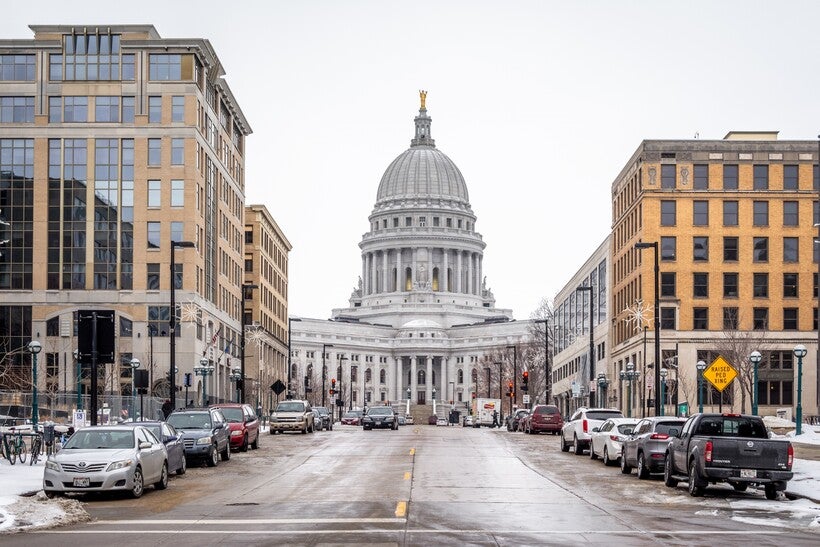 Under the proposal, merit-based pay for public defenders would be increased by roughly $4 million over the next two years.

The two-year state budget approved earlier this year by lawmakers and Democratic Gov. Tony Evers included a $4.5 million merit-based pay increase for assistant district attorneys, as well as more than 60 additional prosecutor positions across the state. The new funding would be on top of the $1.2 million already approved for public defenders in the state budget earlier this year.

"Many public defender attorneys have been recruited and several have accepted offers for positions with district attorney offices with the promise of more increases in the next two years," Thompson said.

Sen. Jerry Petrowski, R-Marathon, one of the bill’s sponsors, said low pay has contributed to the shortage of public defenders plaguing the state in recent years. That shortage has led to long wait times for some trials, including an eight-week wait time in Marathon County, according to the senator.

"Can you imagine waiting in jail eight weeks, incarcerated, just to have a public defender appointed?" Petrowski said.

The long delays spurred a federal lawsuit earlier this year, with several individuals arguing their constitutional rights to an attorney and speedy trial were violated.

In another attempt to combat the problem, the state budget also included an hourly pay bump for private lawyers who take public defense cases. Previously, Wisconsin’s rate had been the lowest in the nation.

The committee also voted to approve a $350,000 legal settlement between the state and a Milwaukee mini-mart that sold synthetic marijuana.

The vote marked the first time the state budget committee has approved a state legal settlement, which is required under a law passed during December’s lame-duck session of the state Legislature.

The new law has led to months of conflict between Democratic Attorney General Josh Kaul and GOP leaders. Kaul has asked lawmakers to sign confidentiality agreements to discuss pending settlements; lawmakers have refused to do so.

Democratic lawmakers on the committee pointed out the agreement on this particular case doesn’t signal smooth sailing ahead for future settlements.

"This case is an outlier because both parties agreed to waive (their confidentiality) ... and to put everything out in the open," said Rep. Evan Goyke, D-Milwaukee. "This whole process remains an absolute disaster."

The funds, a combination of $5 million in cash and $8 million in bonding, will buy six single-level coach cars and three cab-coach cars. The project received matching federal funds.

The Hiawatha service currently uses 30 and 40-year-old Amtrak coach cars, which are nearing the end of their usability. According to the state Department of Transportation, reliability issues with the cars have led to delays in service.

The department says ridership on the line has increased roughly 9 percent between 2015 and 2019.

The committee was also scheduled to vote on requests by the state departments of Revenue and Agriculture, Trade and Consumer Protection and the Public Service Commission to create new state jobs within their departments.

The new positions were related to administration of the state’s industrial hemp program, managing broadband expansion grants and the state’s Alcohol and Tobacco Enforcement Unit.

Republican leaders of the committee, however, pushed back on the Evers administration, saying vacant state jobs should be addressed before requesting new ones.

"Given the large number of vacancies across state government and the broad authority state law gives state agencies to recommend abolishing positions, we plan to work with you to limit the need to create new position authority," wrote committee co-chairs Rep. John Nygren, R-Marinette, and Sen. Alberta Darling, R-River Hills, in a letter to Department of Administration Secretary Joel Brennan. "Only in extraordinary circumstances will new positions without offsets be created."

"State taxpayers expect us to be good stewards of their tax dollars," the letter continued. "This committee will be the check on wasteful spending that the Governor has shown himself to be incapable of."

A spokesperson for the governor pushed back on the lawmakers’ comments, calling them "petty politics."

"The administration has made these requests in accordance with state statute and we will not be re-submitting them," said spokesperson Melissa Baldauff. "If Republican leadership chooses to deny the administration’s requests, and instead prefers to stand in the way of critical investments in broadband expansion, mental health resources, public safety, agriculture and economic development, they will have to own those decisions to the people of Wisconsin."

Editor's note: This story has been updated to say lawmakers debated the public defender measure. An earlier version said they voted to approve the plan Thursday.