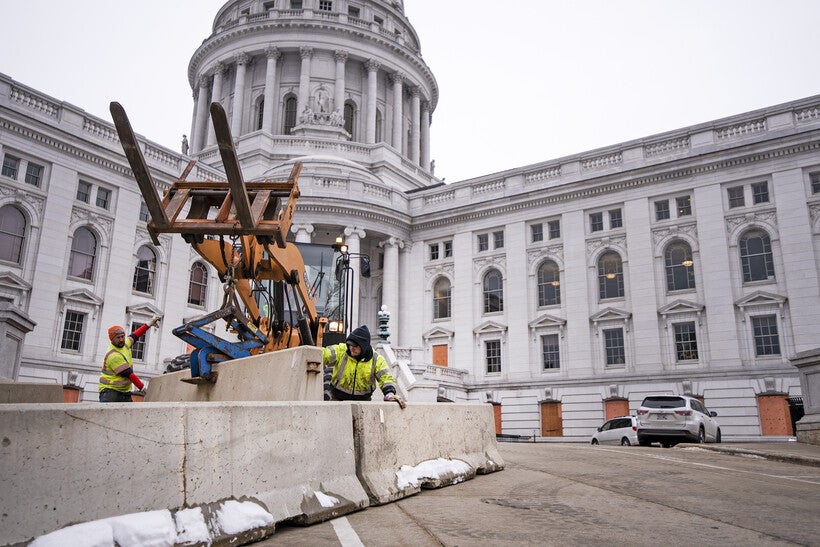 Police in Madison are planning an "enhanced" presence around the state Capitol building after the FBI warned that there could be armed protests at state capitals in the days surrounding the inauguration of President-elect Joe Biden next week.

Although the Madison Police Department is preparing for potential violence, there are "no specific, direct threats to Madison at this point," said Madison Acting Police Chief Vic Wahl.

"Because of the national mood, because of the larger national intelligence picture, and out of an abundance of caution we will continue to maintain an enhanced staffing posture through Inauguration Day," Wahl said.

According to Wahl, the only planned gathering in the coming days the department is aware of is a demonstration against the decision not to charge the Kenosha police officer who shot Jacob Blake. That event is scheduled to take place on Sunday, Jan. 17 and will have police presence, Wahl said. 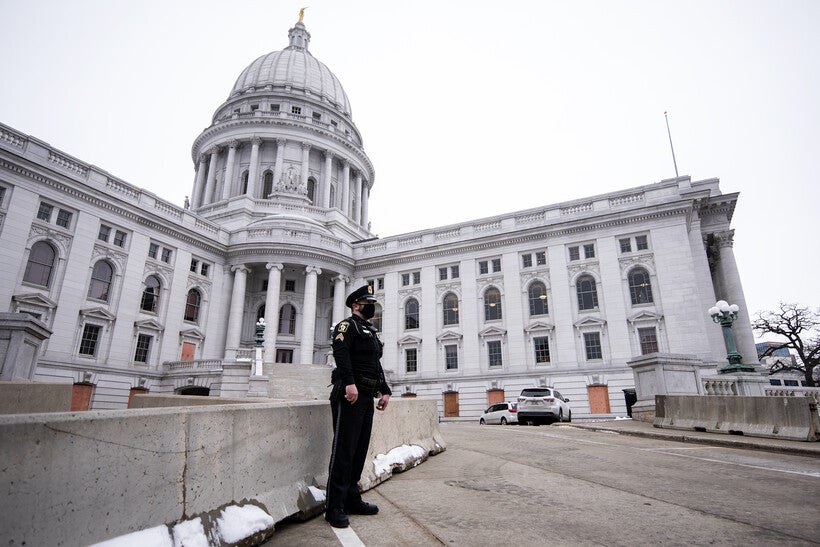 There could be blocked roads or other traffic disruptions in the coming days, he said, adding that it's "probably advisable" to avoid the downtown area if possible.

Other local leaders voiced confidence in law enforcement's level of preparation against any potential threat.

"I am hoping that the week will pass without incident," said Madison Mayor Satya Rhodes-Conway, "But I want Madison residents to know that we are prepared."

Dane County District Attorney Ismael Ozanne said the violent insurrection at the U.S. Capitol was "shocking," and he wants people in Wisconsin to be safe.

"I believe our law enforcement are working together to ensure that hopefully we have a peaceful transition of power in this next week," he said.

Earlier this week, the state Department of Administration issued a memo to members of the Legislature and other Capitol building tenants informing them that additional security measures have been taken in light of the threats made to government buildings nationwide. The memo encouraged employees to work remotely through the end of January. The Capitol's lower-level windows were boarded up earlier this week.