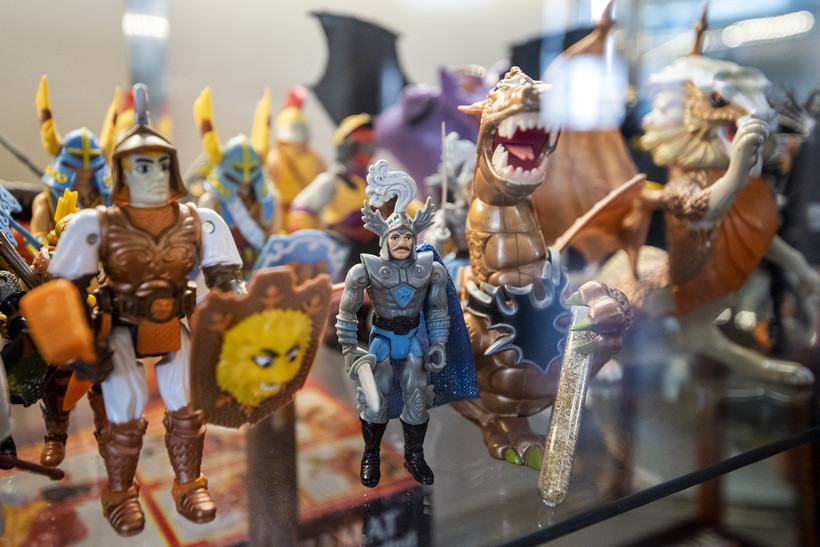 After Jeff Leason graduated from high school in 1978, his fellow school orchestra member Ernie Gygax approached him with an opportunity.

"He said, 'If you need a job, come work at my dad's company,'" Leason recalled. "I had no idea what the heck it was."

Gary Gygax, Ernie's father, founded the company Tactical Studies Rules in Lake Geneva to produce Dungeons & Dragons, a role-playing game he created with his friend, Dave Arneson. Leason had been playing the game since 1975, but that was before TSR existed as a game company.

Now, more than 40 years later, Leason is returning to TSR after various jobs in gaming and elsewhere to work as the curator of the Dungeon Hobby Shop Museum. The museum's grand opening was Sunday at 723 Williams St. in Lake Geneva, the former site of TSR headquarters.

That location is significant, Leason said, in part because it was the first office Gygax and the company's vice president bought after creating Dungeons & Dragons and establishing the company. It's also the location of the former Dungeon Hobby Shop, which sold TSR products, polyhedral dice, some historic games, paints and metal figures.

TSR has gone through some hardships over the past several decades. The company went defunct in 1997, but it's since been reestablished under the leadership of Ernie. The newly-formed TSR is operating the museum.

The new company doesn't publish D&D. The rights were sold to Wizards of the Coast in 1997. 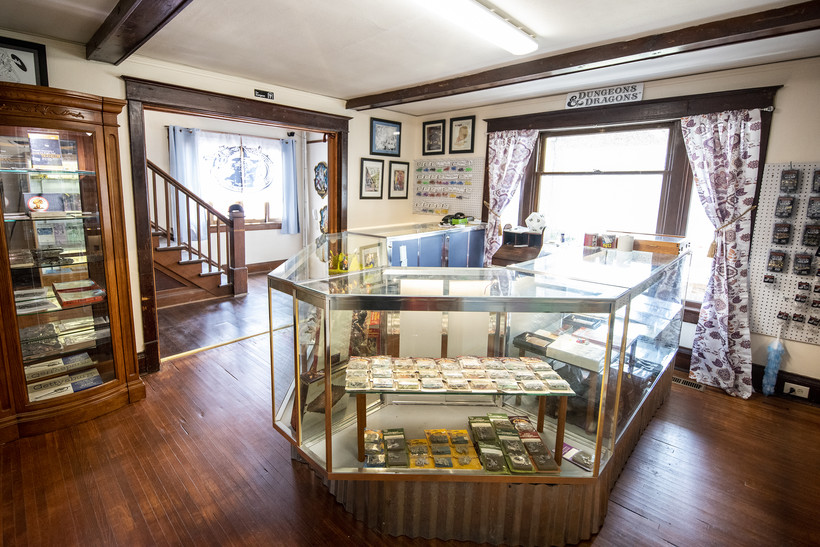 Leason said the museum features items from TSR's early days, and he's curating a full collection of all the products sold in the Dungeon Hobby Shop between the mid-1970s and early-1980s.

"We're missing just a couple of pieces right now," he said, noting that the coronavirus pandemic caused prices on old products and game adventures to skyrocket. 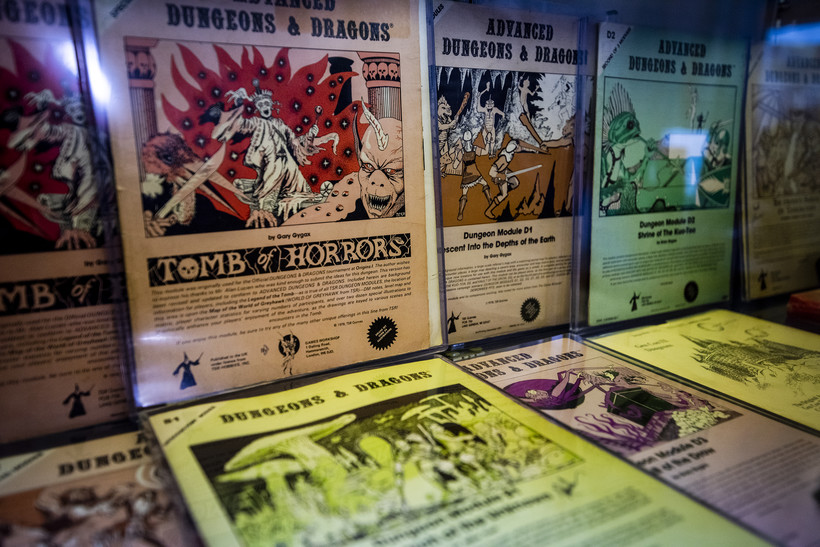 Modules that add adventures to the gameplay are lined up for patrons to view Friday, July 23, 2021, at The Dungeon Hobby Shop Museum in Lake Geneva, Wis. Angela Major/WPR

Dungeons & Dragons is played by a party led by a dungeon master, who serves as the game's storyteller. They walk the characters through different adventures. The objective of the game is to gain levels and experience. Oftentimes, campaigns can last years. That's true for Leason, who's had a campaign going since 1976.

"It's not a game of me against you," Leason said. "It's for group companionship and group thinking and solving problems. And usually, for the most part, good fighting evil."

Leason said the best part about Dungeons & Dragons is the camaraderie, noting he has friends he met at conventions 40 years ago. The group is "tightly knit," he said. 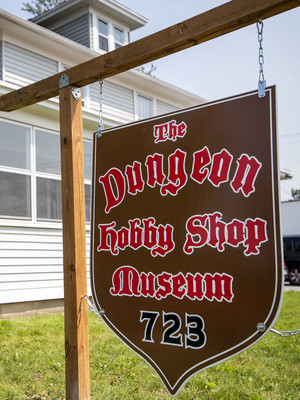 That sort of closeness hearkens back to Leason's early years at TSR, which he called "wonderful." The smaller company fostered creation of deep friendships. Employees shared housing with other artists or employees and that often meant playing Dungeons & Dragons all weekend long.

"There were games going on all the time because we were play-testing things to make sure they ran smoothly," he said. "I've had some pretty good jobs, but nothing has ever come close to TSR back in the day."

He does plan to revisit that play-work model while running the museum. He said the plan is to host first- and fifth-edition games each week, and a night of board gaming.

"I have my dice ready and every day we should be playing games here," he said. "If I'm not giving a tour or anything, we can sit down to play a quick game."