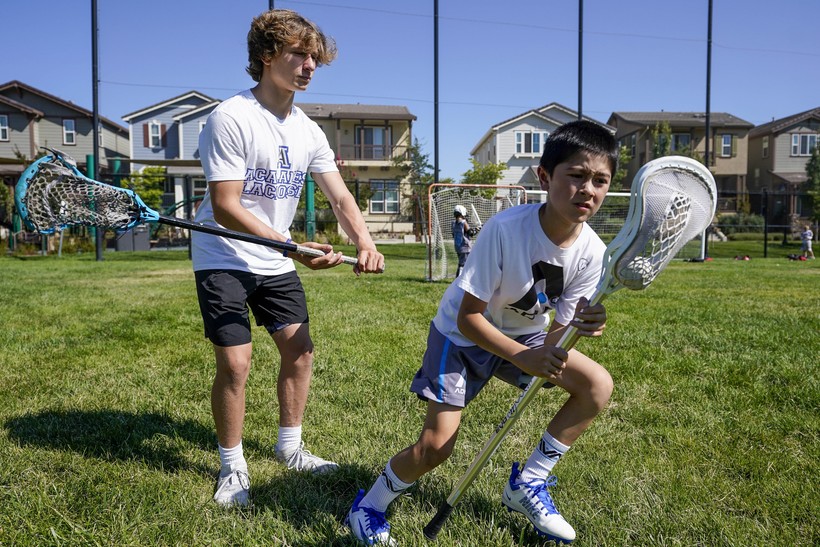 Lacrosse, An Invention From The First Nations, Is State's Fastest Growing Sport

When Eric Logan's sons voiced interest in playing lacrosse, he enrolled them in a nearby program in Prairie Du Sac — about 16 miles from their home in Baraboo.

But as Logan stood on the sidelines, he noticed several other parents were from Baraboo, too.

With a growing interest from students in the community, the Baraboo Area Lacrosse Association was formed. Logan serves as the association's president and coach.

Erin Ennis said that's the way a lot of organized contemporary lacrosse teams are getting started.

Oftentimes they'll start small with a youth league or as a cooperative arrangement that will evolve into school-specific teams, he said.

"That's where we're seeing the majority of the growth here in Wisconsin," Ennis said. According to the Wisconsin Lacrosse Federation, lacrosse is one of the fastest growing sports in the state, with more than 6,500 players from third to 12th grade.

Currently, there are more than 50 youth programs and more than 70 junior varsity and variety programs across the state affiliated with the U.S. Lacrosse Wisconsin chapter.

As it's played now, boys lacrosse is a full-contact sport where players are required to wear safety gear such as helmets, mouth guards and arm and shoulder pads. Although girls teams aren't full contact, there are still safety gear requirements, but they're not as stringent.

Considering the history of the sport that originated from members of the First Nations, full contact was part of its DNA. It served as a way to prepare young warriors for war, according to World Lacrosse. It was recreational and had religious elements, too. Started by Algonquian Nation, the game spread to other nations in eastern North America and around the Great Lakes.

Logan, a member of the Ho-Chunk Nation, said he can recall one story told by his grandfather about a gigantic game of lacrosse that spanned miles and lasted for months.

"All the tribes in all four directions attended," Logan recalls from the legend. "That field got so worn down, that is where you get the Mississippi River from."

The rules governing the traditional game and the implements used to play have changed over time. The once wooden balls are now made of rubber, and the sticks that were made from birch wood are now aluminum or something similar. But other elements have stayed the same.

"It is a finessed game," Ennis said. "You really have to have command of your skill set to master that game and it takes a lot of hours and a lot of dedication."

Ennis described lacrosse as a gateway sport and said it’s popular because it’s accessible to all types of players.

"You just have to have some tenacity and you have to have some dedication to learning how to use your stick," he said. "That’ll get you as far as anybody else out there on the field, no matter what your athletic ability is."

Ennis said there’s enough of a crossover from sports such as hockey and soccer that lacrosse players often have histories with those sports, as well.

The lacrosse field is about the size of a soccer field and measures 110 yards long by 60 yards wide. There are goals at either end and the winner of the game is the team that scores the most points by launching the ball from the lacrosse stick into the net.

Ennis said within the past few years he's seen more growth in girls lacrosse compared to boys. But for both girls and boys teams, one of the biggest challenges is getting support in the form of umpires, coaches and equipment.

"Finding the kids to play isn't the problem," he said. "It's the resources." 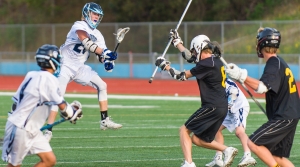 Lacrosse is Wisconsin’s fastest growing sport but it’s been played here for hundreds of years. We talk about the history of the sport, the fundamentals of play and why it has become more popular.