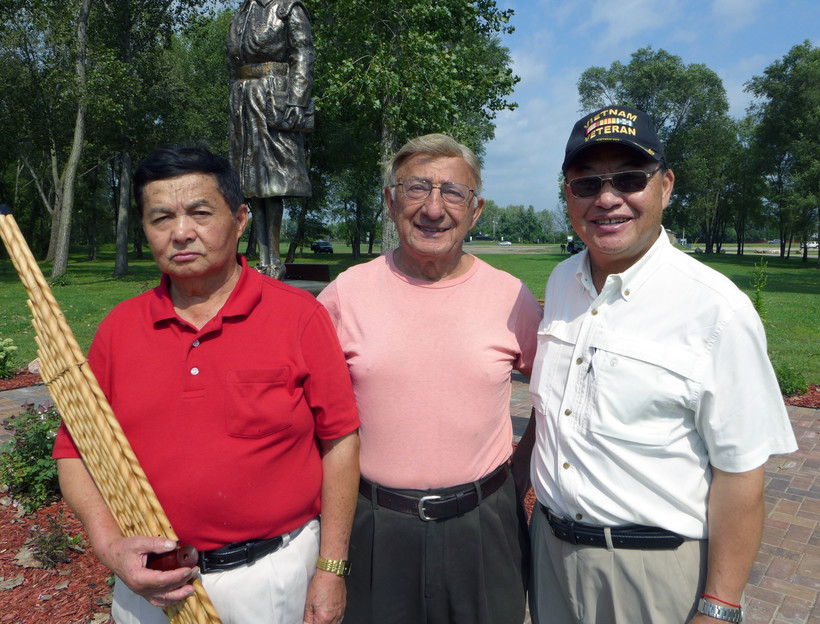 A group of veterans in La Crosse is working to raise money for a new memorial to Hmong and Lao veterans of the Vietnam War.

Louie Ferris, president of a local chapter of the Korean War Veterans Association, said he got the idea for a statue after Hmong veterans helped him with other war memorials in La Crosse's Veterans Freedom Park.

"(Hmong veterans) need recognition too," Ferris said. "They’re getting older, they’re going to be gone and their children won't know how they got here, what they’re doing here. But this shows a contribution that they made."

The park is already home to three other war memorials, including one for local veterans of the United States Cadet Nurse Corps, a little recognized program for women during World War II.

The new memorial will include two statues modeled after local Hmong veterans, including Nao Tou Lor, former president of the Wisconsin Lao Veterans of America.

"It’s very important for the Hmong people and the Lao veterans," Lor said. "We worked very hard in Laos. But when we come to this country, we don't have anything. But if we built this is it will make like a history … and they’ll know what happened."

The group is hoping to raise $40,000 for the project. The new memorial will be at least the third of its kind in the state, joining other tributes in Sheboygan and Wausau.

Lor estimates there are more than 1,000 Hmong-Lao veterans living in Wisconsin.