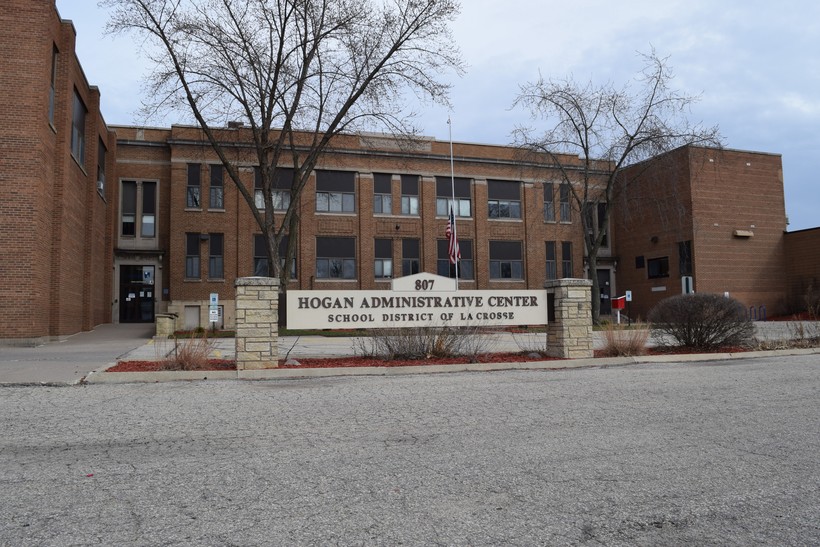 The School District of La Crosse is suspending the renewal of their partnership with the La Crosse Police Department after a local police union targeted a citizen on social media for advocating for police oversight.

Superintendent Aaron Engel and school board President Laurie Cooper Stoll announced Thursday that the district would be suspending work on a new agreement to continue the school resource officer (SRO) program.

The current contract with La Crosse Police is still in effect but will expire on June 30.

The announcement comes a week after a citizen member of the La Crosse County Criminal Justice Management Council (CJMC) resigned over harassment on social media stemming from a local police union’s Facebook post.

Joella Striebel was appointed to the board in 2017 and recently became chair of a subcommittee exploring the creation of a citizen police oversight committee.

During a CJMC meeting last week, Striebel said that her participation on the board had been "unfairly painted by certain members of the police as problematic and divisive."

"These photos have been shared over and over again, leaving me vulnerable to public scrutiny in a way that I could never have predicted or prepared for. Because of my participation on a subcommittee, as directed by this body, I am now the target of ongoing harassment by others in the community," Striebel said during the meeting. "A belated private apology from (La Crosse Police) Chief Kudron does little to counteract the harm that has been done and continues to be done publicly. My family and I do not feel safe in our home. We do not feel safe moving about freely in our community."

The La Crosse School District’s statement on Thursday said the district was "deeply concerned" about the harassment and intimidation of Striebel.

"It raised questions for us about whether we could enact that recommendation with integrity and fidelity," said Cooper Stoll. "Would (that committee) feel confident to be able to carry out that role without fearing for harassment and intimidation?"

Cooper Stoll said she worries the union’s actions could create a chilling effect on public participation in local and school committees, especially for people from marginalized communities.

"We want to make sure that when we ask folks to give their time to serve in this capacity for us, that we are not putting them in harm's way should they express a perspective or in just carrying out that role," Cooper Stoll said. "It's hard to ask someone to be put in that position if you've seen what has happened to someone in a similar kind of position."

She said the district has put discussions with the police department on hold until they receive written assurances that they will be able to implement the new oversight committee and other changes.

"Although there are these concerns right now based on what has happened, it really is not indicative of where our department is and the messaging that I have provided to our department, that this divisiveness really does not benefit anyone and we are ready to move forward from this," Kudron said. "We need to be better and this frustration certainly cannot occur in this way because it has had a tremendous impact on our community."

Kudron said the amount of public scrutiny of police can be tough and frustrations over that scrutiny led to the union’s post.

"We do respect the rights and opinions of all citizens. And this approach just was one that was wrong. It was not fruitful for us building relationships with our community and we are going to not only learn from this, but move on and be better," Kudron said.

Kudron said he is confident the department’s work with the school district will continue.

The La Crosse Professional Police Supervisors & Officers Association did not respond to a request for comment.