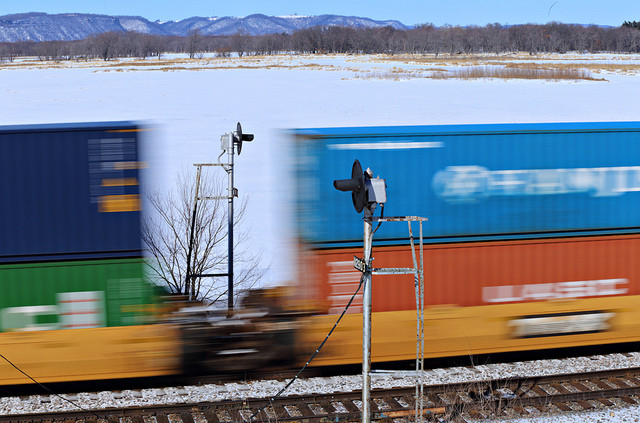 Some lawmakers and La Crosse-area residents want the state and BNSF Railway to assess how wildlife, water quality and flooding could be impacted by a rail expansion project through the La Crosse River marsh.

BNSF wants to add a second track and build a bridge through the marsh, a project that requires the approval of the Department of Natural Resources to fill in seven acres of wetlands.

At a public DNR hearing in La Crosse on Wednesday, many of the nearly 200 residents in attendance urged the agency and BNSF to conduct an environmental impact statement for the project. Alan Stankevitz is a member of Citizens Acting for Rail Safety, which opposes the rail expansion and is calling for stronger safety regulations. He said the DNR needs to take a closer look at long-term impacts on the marsh.

“We want to make sure that this is studied and to make sure it’s safe,” he said. “Will it stop it? No, it won’t stop it, but if it comes out and states that there is an increased risk and there are things that can be done to eliminate this.”

“We asked the DNR to perform an endangered resources review before we submitted permit application. They did that and identified that and agreed to work with us on a survey prior to construction to address some of those concerns,” said McBeth.

U.S. Rep. Ron Kind, Sen Tammy Baldwin, and La Crosse-area state lawmakers are also requesting an EIS. The DNR will ultimately decide whether or not to conduct another review.