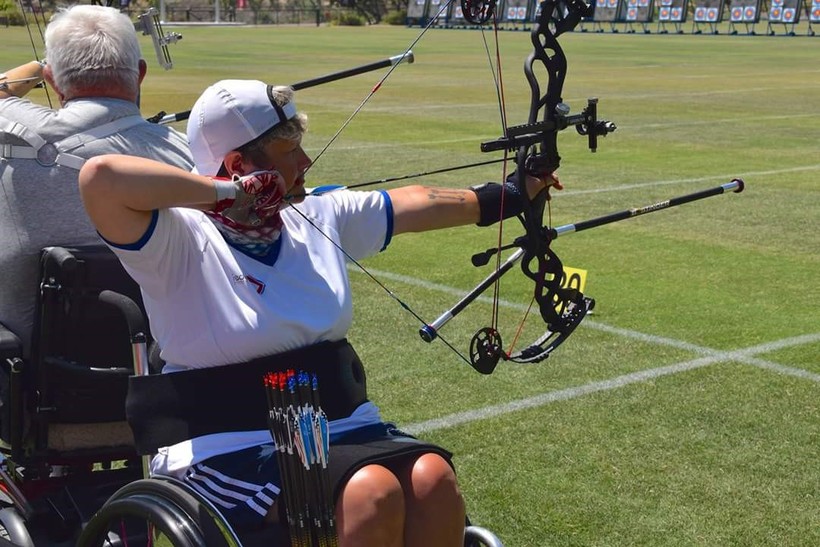 A La Crosse athlete is making a fast ascent in the sport of archery.

Lia Coryell will compete for Team USA in the Paralympic Games next month in Rio de Janeiro. Coryell, 52, is ranked 10th in the world, but she only started training 18 months ago.

The U.S. Army veteran is battling progressive multiple sclerosis. She’s been in a wheelchair since 2012. The Black River Falls native was introduced to archery at a veteran’s adaptive sports clinic. It marked a turning point in her life.

"All of a sudden I went from being this patient with this illness that’s going to suck the life out of me, to being an athlete," Coryell said. "Even though it’s just semantics that was the huge shift in me. It was going from victim, to somebody who can do something with her life."

Training for the Paralympics presents challenges. Coryell is coping with the neurological changes brought on by her MS, which will worsen over time.

"Every day, I wake up with a brand new body, which makes training really difficult," Coryell said. "I’m not sure what adaptation I need to make to shoot my bow."

Coryell credits the sport for making her want to live each day to the fullest. She shoots her bow about 300 times per day. Before she took up archery, she lived in fear of aggravating her MS.

"I think archery made me see the world outside of me, and not live in fear," she said. "When you live in fear, your life is so limited. I made that cognitive change, I’m not afraid of living anymore."

But Coryell said she couldn’t have done this alone. She calls her home training base, La Crosse Archery, her "pit crew."

"I don’t get out of my van — the ramp isn’t even down yet — and someone is outside saying 'hey, what can I help you with?'" Coryell said.

The Paralympic Games opens in Rio de Janeiro Sept. 7 with more than 4,350 athletes representing 160 nations in 22 sports. Coryell’s competition is set for Sept. 16.

Coryell is the first female archer to represent the U.S. in the W1 division, competing in a wheelchair with impairment in the arms and legs.