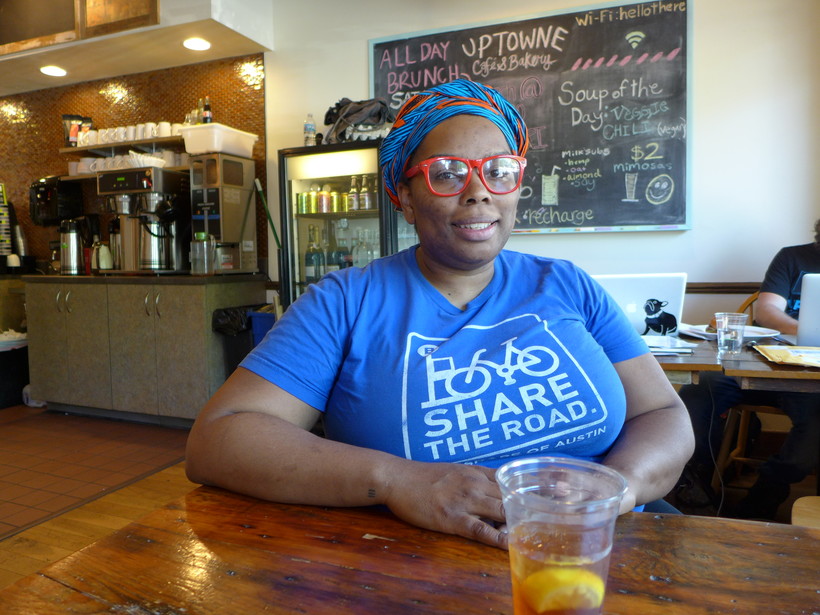 Adrian Lipscombe, chef and owner of Uptowne Cafe & Bakery, said she had the idea for the project after people in the community started sending her money.

"I thought, ‘Is this because of white guilt? Is it because of reparations? Is it because of a catering gig I didn't know about?’ You know, like trying to figure out why I was receiving either a check in the mail or people were trying to Venmo me money," Lipscombe said. "I thought, 'There has to be a cause or a reason why, what can I do with this money?' I went to sleep on it, I woke up the next morning and I said, 'We’re going to see if we can buy land that will be Black-owned.'"

Lipscombe said she previously operated an urban farm with her family in San Antonio, Texas. But she said her roots to the project go deeper, back to her great-grandfather.

"He always knew that land meant freedom but also ownership. My great-grandfather purchased land for all of his kids so when he passed away that they would have security, that they would own something," Lipscombe said.

"40 Acres and A Mule" is a reference to an order signed by Gen. William T. Sherman at the end of the Civil War, which awarded freed slaves up to 40 acres of land. Some people also received leftover mules from the war, leading to the nickname.

The order was later reversed by President Andrew Johnson. But Lipscombe said the phrase has become associated with the reparations movement.

The project has already received more than $30,000 in donations on crowdfunding site GoFundMe. Since putting the idea online, Lipscombe said she’s been contacted by farm organizations in Africa and by people who want to start a seed exchange among Black farmers.

She said the project has definitely been impacted by recent protests against systemic racism and police violence that have taken place across the U.S after the death of George Floyd, who died in the custody of Minneapolis police.

According to the 2017 Census of Agriculture, 0.07 percent of Wisconsin producers are Black or African-American. In the U.S., Black farmers make up 1.34 percent of all producers.

Lipscombe said she hopes the 40 Acres And a Mule Project will not only support existing Black farmers but also create relationships with the predominantly white ag industry in Wisconsin.

"What I’m hoping is that we can come together as a community and that we become stronger and working with each other, especially educating each other on agriculture and on techniques and on history and how we can be proceed and become sustainable, not just in our growing patterns but economically," Lipscombe said.

Editor's Note: This story has been updated to reflect that Adrian Lipscombe's farm was in San Antonio, Texas.