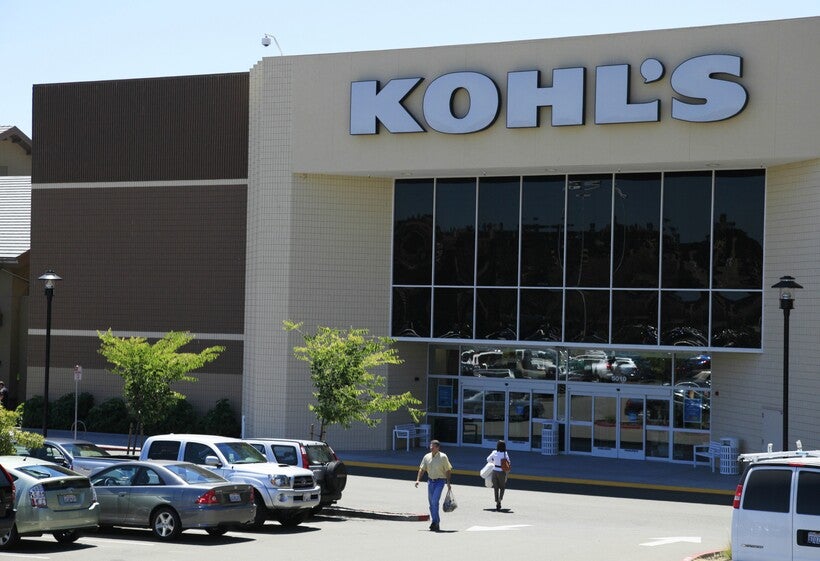 Retailer Says Back-To-School Shopping Is Off To A Slow Start During Pandemic
By Rachael Vasquez
Share:

Kohl's Corp. reported a 23 percent drop in sales between May and the first of August compared to the same period last year, according to second-quarter earnings figures the company released Tuesday.

The loss is an improvement from the company's first-quarter results, when the Menomonee Falls-based retailer saw a 43 percent drop in sales. Still, it highlights the ongoing challenges the retail industry faces as the COVID-19 pandemic changes shopping habits.

In an earnings call with investors Tuesday, Kohl's CEO Michelle Gass said May was the most difficult month of the quarter, with a majority of the company's nearly 1,200 stores remaining closed for much of the month due to COVID-19 concerns.

"We saw a strong rebound in June with the vast majority of our stores reopened," Gass said, before noting that sales began to slow again in July as outbreaks flared up in certain parts of the country.

The company reported $47 million in net income in the second quarter, down 80 percent from $241 million in 2019. Net income is how much the company made after accounting for things like overhead expenses and employee salaries, and is often thought of as the company's "bottom line."

Gass said that the company's back-to-school shopping season has had a "softer" start this year, and said they're expecting the holiday shopping season to be different from years past.

"(This) holiday will be like no other," Gass said. "We're paying very close attention to what will be the shift in consumer behavior. But I'll just reiterate, there's still a lot of fluidity and a lot of uncertainty on what this holiday's going to look like."

Kohl's announced in July that all of its stores will be closed to shoppers on Thanksgiving Day, a crucial kickoff to the holiday shopping season for many retailers. On the call, Gass said the company expects to see holiday shopping start as early as October this year, adding that the company is preparing for an uptick in online sales.

But as the company continues to deal with low sales, it's also working to proactively expand its customer base. Gass said the company is tracking where competitor retail stores are closing down locations down to the zip code level, and using advertising tools like geo-targeting and personalized marketing to try to win over customers who may have frequented those closing stores.

"There are literally thousands of stores that ... unfortunately have faced some pretty dire consequences and that are facing closures," Gass said. "We have a playbook that we've used in the past at a very localized level to go after those customers ... and go after that market share."

Since the start of the pandemic, many national retailers have filed for bankruptcy, including stores like JC Penney and Neiman Marcus. Other national retailers have announced the closure thousands of stores across the country. And the economic toll of the coronavirus outbreak has similarly affected Wisconsin's small retailers, with a University of Wisconsin-Oshkosh survey of businesses statewide in April showing that the state's retail sector was the second hardest hit industry at the start of the pandemic.

DHS: 747 New COVID-19 Cases In Wisconsin, 25 New Deaths
More Schools Are Returning To In-Person Learning. How Do You Decide To Send Your Child Back?
Want To Talk To Your Kids About Race? Start With These Publisher-Recommended Books
Legislature Approves Unemployment System Upgrades, COVID Legal Immunity For Businesses
4 New Community-Based COVID-19 Vaccination Clinics To Open In Wisconsin
More WPR News