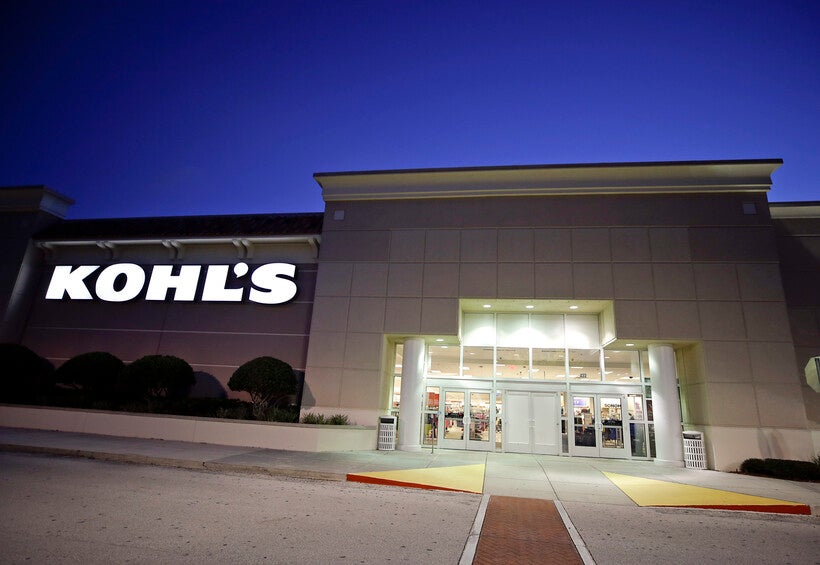 Kohl's sale to owner of The Vitamin Shoppe falls through

Negotiations for the sale of the Kohl's Corporation have fallen through due to the "current financing and retail environment." But the company says it's still interested in selling if the right offer comes along.

During the past month, the Menomonee Falls-based retailer has been involved in negotiations with Franchise Group, Inc., which owns brands including The Vitamin Shoppe.

A June 6, press release from Kohl's stated that Franchise Group, Inc. offered to buy the company for $60 per share. But a Friday filing with the U.S. Securities and Exchange Commission from the clothing retail chain states that Franchise lowered its offer to $53 per share on June 27 and members of the Kohl's Board of Directors' Finance Committee indicated financing terms offered by Franchise Group were incomplete.

The Kohl's filing also pointed to interest rate hikes by the Federal Reserve Bank in May and June, aimed at tamping down historic inflation, as an obstacle to completing the deal.

"In light of the current financing and retail environment, which has significantly deteriorated since the beginning of the process, the Board unanimously determined that it was no longer prudent to continue its process and that it is in the best interest of shareholders for management to continue to execute the Company’s strategic plan on a standalone basis," the Kohl's filing states. "The Board nonetheless remains open to any opportunities to maximize shareholder value."

Stanislav Dobrev is the Robert L and Salley S. Manegold Chair in Strategic Management at the University of Wisconsin-Milwaukee's Lubar College of Business. He told WPR he wasn't surprised that the Kohl's sale didn't happen because the retail sector is one of the first to get hit when there's an economic slowdown.

"I imagine that with the tightening of the capital markets and with the expectation that the real estate market is going to drop – in fact, it is already dropping – that this is what caused the deal to fall through," said Dobrev.

Dobrev said it's an example of an unintended consequence of the Federal Reserve's efforts to slow the economy.

Financial markets reacted swiftly to news the deal had fallen apart. As of 11:30 a.m. shares of Kohl's Corporation stock dropped below $30 a share. On June 9, two days after the announcement of Franchise Group's negotiations with the company, Kohl's shares were selling above $46 a share.

A Kohl's statement, published Friday, quoted Board Chair Peter Boneparth as saying the company is financially strong and "generates substantial free cash flow and has a clear plan to enhance its competitive position and improve performance over the long term."

The company projects Kohl's sales will fall by "high-single digits" in its second quarter sales report after expecting sales to be down "low-single digits" compared to last year.

Boneparth said the company is committed to maximizing value for shareholders by speeding stock buy-backs.