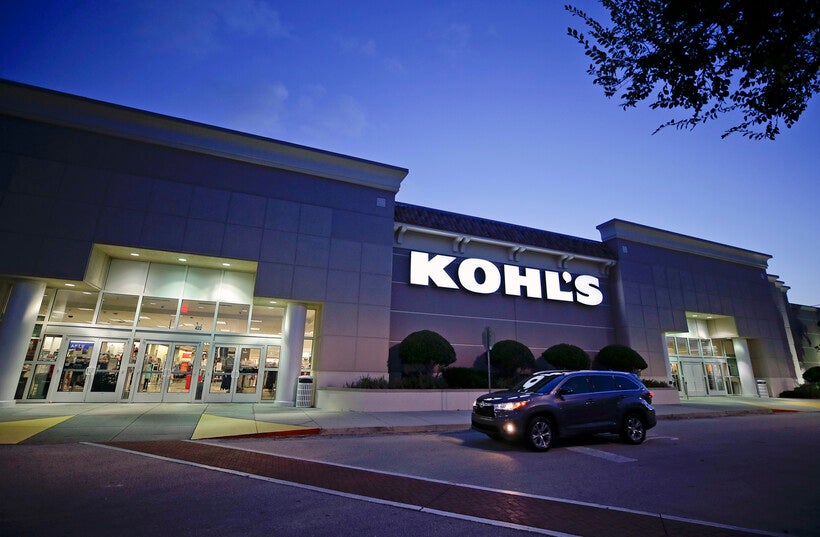 Kohl's Rejects Investor Group's Bid To Take Over Board

A group of activist investors in Kohl’s Corp. attempted to take control of the company's board Monday, elevating share prices for the Wisconsin-based retailer, before ultimately being rebuffed company leadership.

Shares in Kohl’s were up more than 6 percent when the market closed Monday after the investor group nominated nine new members to the company’s board of directors and published a searing letter calling for the retailer to make major changes.

In a statement, Kohl’s said it’s "committed to maintaining constructive engagement with all shareholders" but rejected the group’s "attempt to seize control" of its board and derail its recovery.

Kohl’s cited strong third quarter and preliminary fourth quarter earnings as a sign that it’s already on the right track. The retailer says some of the changes called for by the investors are part of its new strategic plan, announced in October 2020.

"We have also determined that other ideas they propose would not be accretive to shareholder value," Kohl’s said in a statement. "The company’s board and management will continue to engage with the investor group with the goal of identifying new ideas that could enhance shareholder value."

CEO Michelle Gass has led Kohl’s since 2018. The former Starbucks executive has implemented new initiatives, including partnerships with Amazon and the makeup brand Sephora. Kohl’s called the latter the most significant collaboration in the company’s history. By 2023, Kohl’s plans to open Sephora locations in 850 of its stores.

Still, it hasn’t been smooth sailing for the department store, which has struggled to compete with companies like Amazon, Target and Walmart — especially during the coronavirus pandemic.

The investor group — which includes Macellum Capital Management, Ancora, Legion Partners and 4010 Capital — owns 9.5 percent of Kohl’s. Members of the same group joined forces to oust the leadership at Bed Bath & Beyond in 2019.

"The investor group believes Kohl’s stock price has chronically underperformed against its peers and relevant indices because the board has failed to help develop and oversee a strategic plan to respond to a rapidly-changing retail landscape," the group's letter read.

They pointed out that the department store has failed to grow its market share in recent years despite declining sales at rivals like Kmart, JCPenny and Sears. The group says Kohl’s should cut executive compensation, limit inventory and sell property.

"Regarding our real estate portfolio, we regularly evaluate the opportunity to create value with sale-leaseback transactions," Kohl’s said in a statement.

The investors also argued that Kohls' large and long-tenured board doesn’t have enough retail experience. Among the new members it nominated Monday was former Burlington Coat Factory CEO Jonathan Duskin, now with Macellum.

"We really want to fix this business,” Duskin told CNBC.