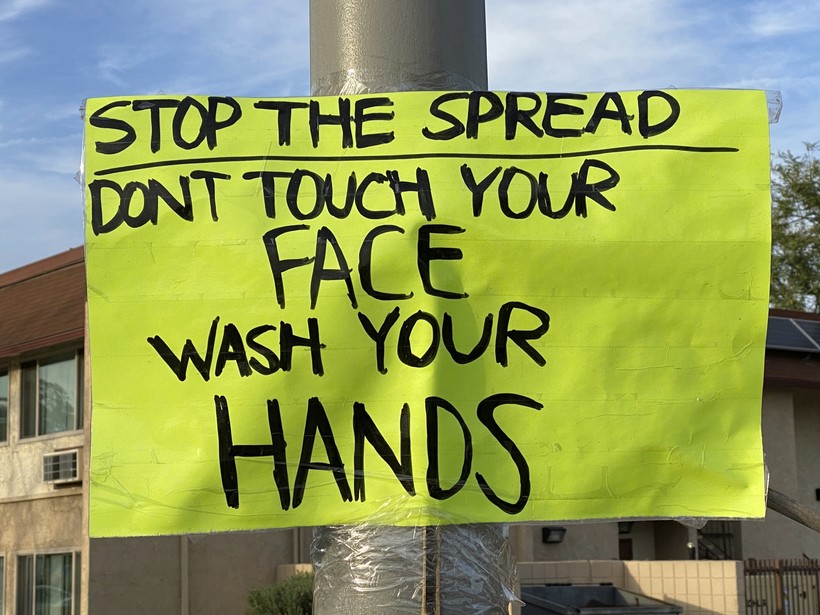 Despite Growth In Some Areas, Hours Have Been Cut For Many Workers
By Megan Hart
Share:

"Is it time for Americans to embrace the bidet?"

That was a headline from The New York Times just over a month ago, when Wisconsin’s stay-at-home order was still relatively new and toilet paper shelves across the country were nearly empty.

Of course, Kohler Co. is known worldwide for its bathroom fixtures. The Sheboygan County manufacturer has actually seen year-over-year growth in its bidet product category each of the last five years.

The union represents about 1,850 workers at the company. Most of them are currently clocking 32-hour weeks as the pandemic has caused a dip in sales, Tayloe said.

"Demand in some of our market segments remains steady, while other segments are seeing declines in orders due to many of our customers being negatively impacted by COVID-19," Kohler said in a statement.

The brass and ceramics divisions have seen slow downs due to the pandemic, Tayloe said. Kohler's cast-iron foundry has also taken on a new role.

It began producing face shields for frontline workers in mid-April. A team from the University of Wisconsin-Madison helped develop the design, according to a news release from the company.

Foundry workers can produce up to 15,000 face shields per day with each one assembling as many as 500, the company said. Kohler is currently coordinating the donation of more than 200,000 face shields. 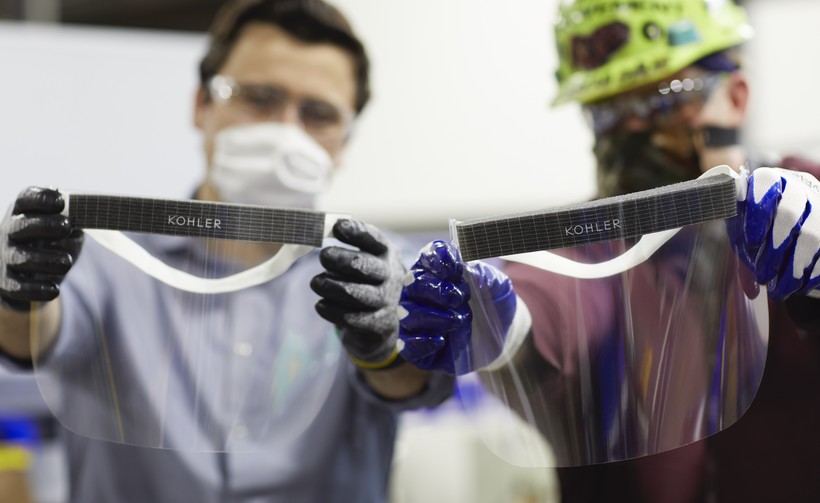 Workers in Kohler's cast-iron foundry are producing face shields for medical workers during the coronavirus pandemic. The company plans to donate more than 200,000 face shields. Courtesy of Kohler

Tayloe has been pleased with how the union and the company have worked together during the coronavirus pandemic, he said.

"We've talked daily with the company and if we have a concern or something, they're right on top of it," he said.

There have been no confirmed cases of COVID-19 on Kohler’s Sheboygan County campus, Tayloe said Wednesday.

The company provides workers with masks, takes their temperatures before shifts and has installed plexiglass dividers in spots where workers can’t be separated by at least six feet, he said.

It’s also important for employees to take precautions on their own time, Tayloe emphasized.

"Everybody's got to understand what they do outside of their jobs can affect people in the job," he said.

In other company news, Kohler’s small engines division produced its final engine in Wisconsin Friday, according to Tayloe. The manufacturer announced more than a year ago it would consolidate the division in Hattiesburg, Mississippi.

Tayloe said some small engines workers were laid off while others transferred within the company. He noted Kohler’s generator division has performed well in recent years. Employees in that division are currently working 40-hour weeks.