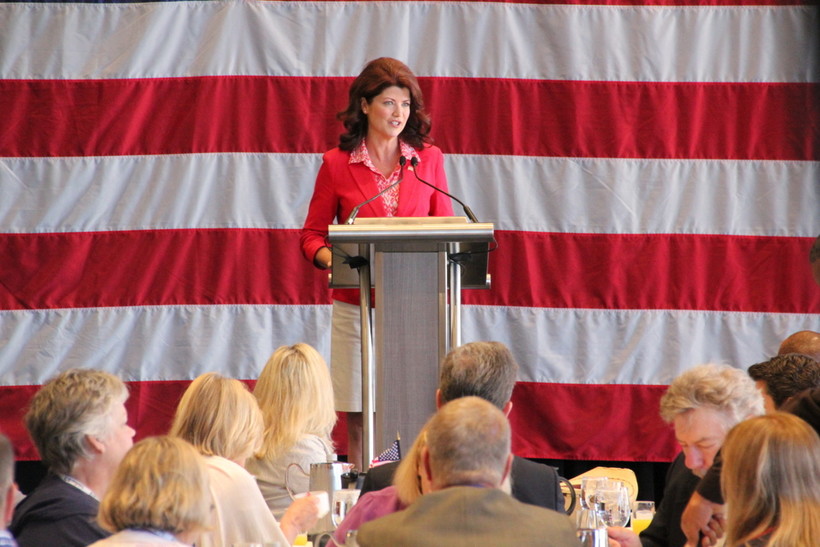 Kleefisch Is One Of A Handful Of Wisconsin Republicans To Drop Out, But Says She Still Supports The Republican Ticket
By Shawn Johnson
Share:

Wisconsin Lt. Gov. Rebecca Kleefisch is giving up her position as a Republican National Convention delegate so she can return to Beloit for a chamber of commerce meeting.

Kleefisch was one of a handful of Wisconsin Republicans to relinquish their delegate status, and while others have said they dropped out because they don't like Donald Trump, Kleefisch blamed a scheduling conflict. She told reporters in Cleveland that still supports the Republican ticket.

"I'm here in Cleveland, but I got to be in Beloit doing my day job on Thursday morning," she said. "I don't think there's any shame in making sure that the constituents back home are taken care of, too."

Kleefisch didn’t mention Donald Trump by name in her speech to Wisconsin delegates, but told reporters she differs with him on issues like trade.

She did, however, weigh in on the speech Trump’s wife, Melania, gave at the convention Monday night. Trump put her "heart and soul" into the speech and should be praised, not attacked for plagiarism, Kleefisch said.

Melania Trump spoke for about 15 minutes at the RNC. One section of her speech was nearly identical to Michelle Obama's Democratic National Convention speech in 2008.

"There were a couple of similarities, and the similarities were that she had hopes and dreams for the children of America," Kleefisch said.

Trump's comments were the kinds of things that the public finds reassuring out of a potential first lady, she said.