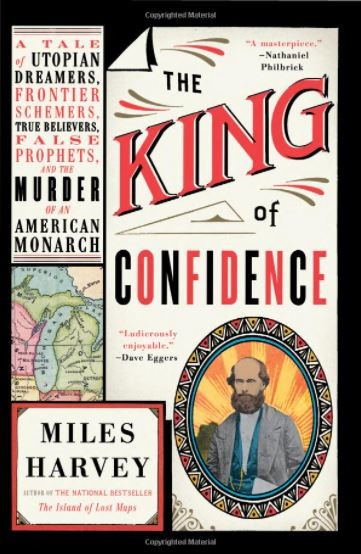 The King of Confidence by Miles Harvey

In the summer of 1843, James Strang, a charismatic young lawyer and avowed atheist, vanished from a rural town in New York. Months later he reappeared on the Midwestern frontier and converted to a burgeoning religious movement known as Mormonism. In the wake of the murder of the sect's leader, Joseph Smith, Strang unveiled a letter purportedly from the prophet naming him successor, and persuaded hundreds of fellow converts to follow him to an island in Lake Michigan, where he declared himself a divine king.

The King of Confidence: A Tale of Utopian Dreamers, Frontier Schemers, True Believers, False Prophets, and the Murder of an American Monarch