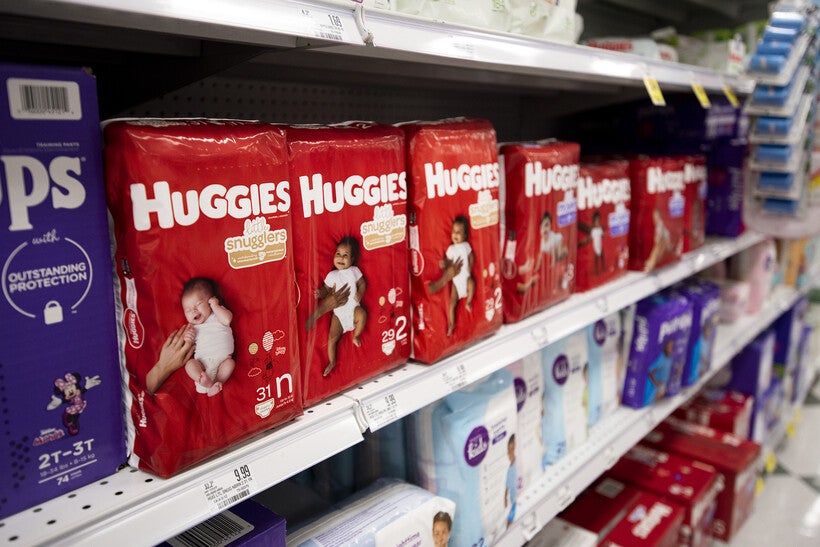 Kimberly-Clark plans to relocate about 250 jobs to Chicago, mostly from the Fox Valley.

The global manufacturer behind brands like Kleenex, Huggies and Kotex struck a deal with former Gov. Scott Walker in late 2018, allowing the company to receive up to $28 million in grants. In return, Kimberly-Clark committed to investing in its Fox Valley facilities, keeping jobs in Wisconsin and buying from Wisconsin suppliers.

"It is disappointing that Kimberly-Clark has chosen to move these jobs out of Wisconsin, especially as our state is just beginning to recover from the impact of the COVID-19 pandemic," Secretary Missy Hughes, of the Wisconsin Economic Development Corp., said in a statement.

Her agency is reviewing its contract with Kimberly-Clark to determine whether the move will affect its eligibility for tax incentives, she said. However, a representative from Kimberly-Clark said the company will continue to comply with the terms of its agreement.

According to the Milwaukee Journal Sentinel, the incentives are mostly paid in cash given Wisconsin’s low tax rate for manufacturers. And they came after Kimberly-Clark considered shutting its Neenah facility several years ago.

The jobs being relocated are primarily in sales, marketing and management. Meanwhile, Neenah will become home to Kimberly-Clark’s North American Innovation, Technology and Supply Center.

The city of Chicago announced the new jobs in a release Thursday. The move will bring Kimberly-Clark closer to many of its retail partners and marketing agencies, a company official said. Now, the manufacturer qualifies for financial incentives from the Illinois Department of Commerce and Economic Opportunity, though the two sides haven’t yet agreed on a deal.

Dr. Bruce McDonald is a professor in the Department of Public Administration at North Carolina State University. To an extent, businesses have an obligation to their shareholders and employees to seek out financial incentives where they can find them.

"There's a large assumption from the community and from those in government that once we offer the incentive, the company is going to stay there forever, and that's definitely not the case," he said.

"It's removing large chunks of resources from the government's coffers by not having that tax revenue come in, which then places the government in a worse financial position, which leaves the community in a worse economic condition," he said.

Another challenge is that companies often have the upper hand in negotiations, especially since it can reflect poorly on elected officials when deals fall through, McDonald said.

Still, economic incentives can have a positive impact if they’re properly managed, according to the Pew Charitable Trust.

"Previously, a lot of incentive discourse was based on anecdote. Lawmakers didn’t really have information or data to inform policy decisions," said Alison Wakefield of Pew.

That’s changing. The think tank works with states to help them complete thorough evaluations of their incentive programs to make sure they’re operating efficiently and getting the desired results.

Pew ranks Wisconsin as "Making progress" because it has a process in place — led by the state’s Legislative Audit Bureau — to evaluate its major tax incentives. It doesn't, however, rigorously measure the economic impact of those incentives, Wakefield said.

When it comes to negotiating corporate tax incentives, the details are incredibly important, she said. Those details can get missed if states aren’t paying close attention to their past actions.

"Retrospective analysis is incredibly helpful to states to make sure that programs are still meeting the objective that policymakers had originally set for the program, especially amidst changing economic conditions such as the pandemic and the pandemic-induced recession," she said.