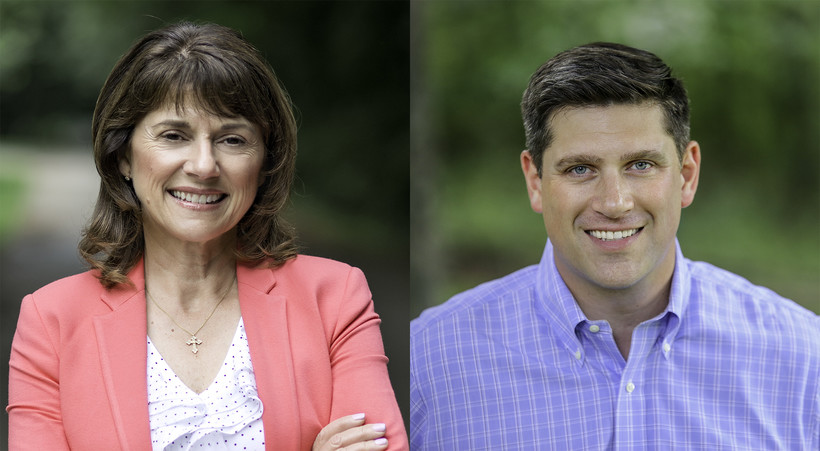 GOP Candidates For US Senate Both Say Immigration Reform Should Wait Until Border Security Is Addressed
By Shawn Johnson
Share:

Both of the leading Republican candidates for U.S. Senate told the state's largest business group Monday that they want to stop illegal immigration before they allow more foreign workers into the country.

Wisconsin Manufacturers and Commerce, which hosted the forum in Madison, asked Marine veteran Kevin Nicholson and state Sen. Leah Vukmir what they would do about immigration reform.

WMC lobbyist Scott Manley, who led the discussion, said Wisconsin employers are having a hard time filling all of their job openings with the existing workforce and believe immigration reform should be part of the solution.

"What do you think could be done at the federal level to deal with immigration reform and make sure that employers in Wisconsin have access to the best and the brightest from all over the world who want to come here and be productive?" Manley asked.

Vukmir recounted her personal experience growing up in a Greek family, saying her father immigrated here legally from Greece in 1954 and her aunts and uncles arrived in the U.S. later.

"My childhood memories are sitting around a kitchen table helping my aunts and uncles study for their naturalization and citizenship test," Vukmir said. "They came here through a legal process."

"Until we have a commitment that we are going to secure that border, I think it's irresponsible to talk about how we're going to change all the other aspects," Vukmir said.

Nicholson said he could support an immigration system in the future that allows more or fewer immigrants into the U.S. depending on the country's workforce needs, but he said the public would not support that until illegal immigration is stopped.

"We need a wall or an obstacle or whatever you want to call it in order to have a permanent fix to illegal immigration on the southern border," Nicholson said. "Once that is done, then we are in a position to put forward an economically sustainable and merit-based immigration program."

WMC also asked both candidates whether they support Trump's positions on tariffs, noting many of its members say they've been hurt by retaliatory tariffs or higher costs for their raw materials.

As they have elsewhere, Nicholson and Vukmir both supported Trump.

Vukmir also said Trump should be given room to negotiate.

"While I consider myself a 'free-trader,' and I believe the president does at his heart, too, I think he also realizes that we need to have fairer trade," Vukmir said.

The primary for U.S. Senate is Aug. 14. The winner will take on Democratic U.S. Sen. Tammy Baldwin in November.