Police in Kenosha shot and wounded a Black man, apparently in the back, after responding to a call about a domestic dispute, setting off a night of protests and unrest.

The shooting happened at around 5 p.m. Sunday and was captured on cellphone video. In that clip, which was taken from across the street, the man who was later identified by officials as 29-year-old Jacob Blake walks around the front of his SUV to his driver-side door as officers follow him with their guns pointed.

As Blake opens the door and leans into the SUV, at least one officer opens fire while Blake has his back turned. Seven shots can be heard.

Blake was transported to a hospital in Milwaukee for treatment in serious condition.

A Kenosha Police Department dispatcher referred calls by The Associated Press Sunday night to the Wisconsin Department of Justice, the agency that will be investigating the shooting. A message left with DOJ was not immediately returned.

The officers involved were placed on administrative leave, standard practice in a shooting by police.

In a statement Sunday night, Gov. Tony Evers condemned the shooting and vowed to take further action in response.

"While we do not have all of the details yet, what we know for certain is that he is not the first Black man or person to have been shot or injured or mercilessly killed at the hands of individuals in law enforcement in our state or our country," Evers said. "We stand with all those who have and continue to demand justice, equity, and accountability for Black lives in our country—lives like those of George Floyd, of Breonna Taylor, Tony Robinson, Dontre Hamilton, Ernest Lacy, and Sylville Smith. And we stand against excessive use of force and immediate escalation when engaging with Black Wisconsinites." 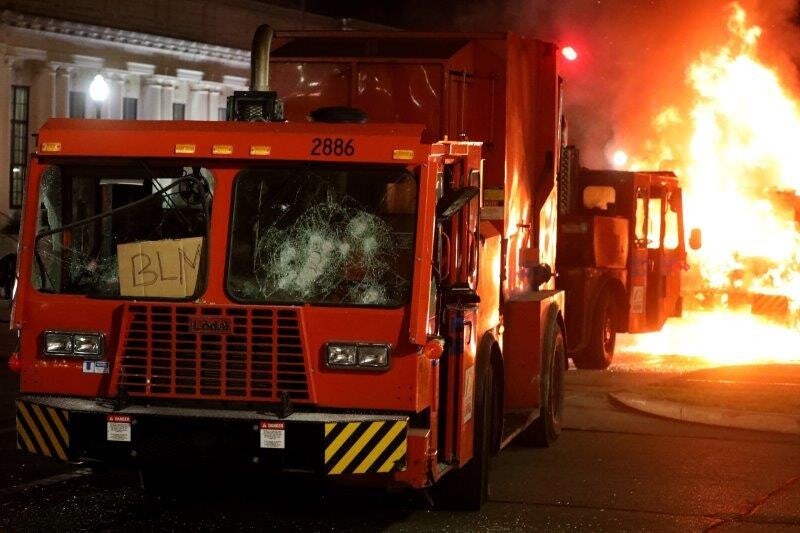 In Madison, local news sources reported that a few dozen people marched in the city's downtown into the early hours of Monday in response to the shooting, and that some protesters damaged storefronts during the march.