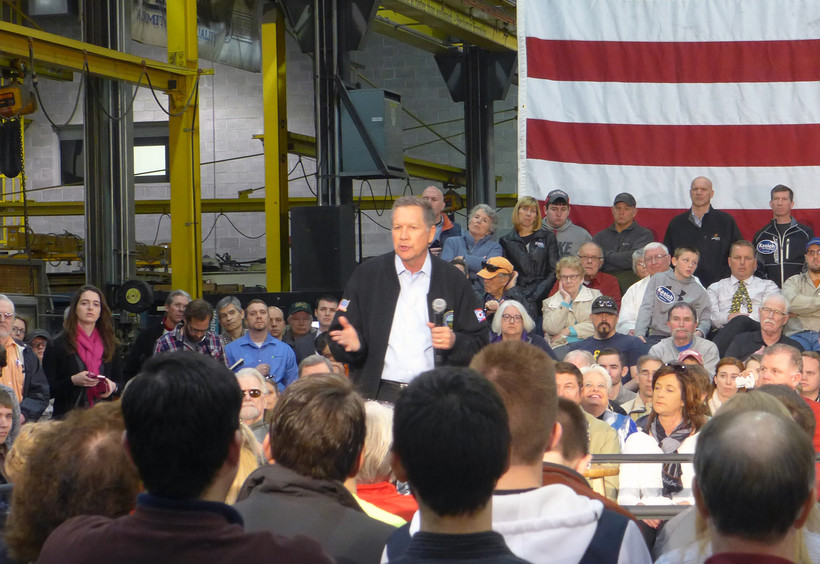 Presidential candidate John Kasich is saying that canceled radio advertisements in Wisconsin are not a sign of trouble for his campaign.

After a Milwaukee talk show host reported Kasich’s campaign pulled radio ads across the state, the Ohio governor addressed questions about the viability of his campaign at a town hall event in West Salem on Monday. He said the decision to cancel the ads does not signify any changes or problems, and that the move was simply strategic.

"We put our resources where we think we have the best chance, and that's all it means," Kasich said. "We're not running out of money or anything like that, but we're not going to spend money in places where we think the results won't be great."

Kasich’s campaign also responded to the allegations on Twitter, saying they are "increasing (ad) buys elsewhere in Wisconsin."

@SykesCharlie ...and increasing buys elsewhere in Wisconsin. That's what dynamic campaigns do. Target.

He said he remains competitive in Wisconsin and in the race for the Republican nomination, despite some GOP leaders calling on him to withdraw.

Former Wisconsin Gov. Tommy Thompson introduced Kasich at the West Salem event, saying votes for the third-place Republican were not wasted despite Trump’s lead in the race for delegates.

"(By voting for Kasich), you are going to elect somebody that can beat Hillary," Thompson said. "Why screw around and just win the nomination? I want to win the presidency."

Kasich is scheduled to appear in Madison, Waukesha and Milwaukee later this week.