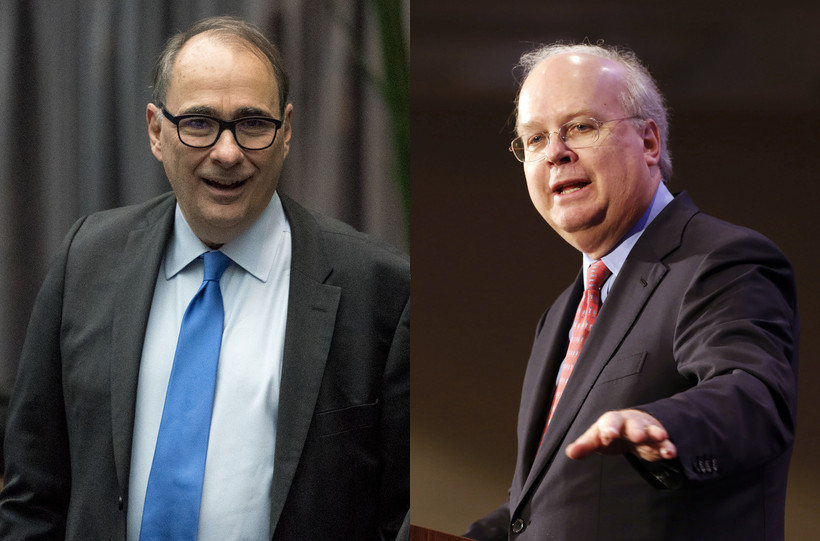 Though they are on opposite ends of the political spectrum, both men described themselves as friends as they joked before reporters and a group of students on the University of Wisconsin-Green Bay campus on Wednesday. Their ultimate message was that civility can prevail even under severe political circumstances.

The two tour the country with their "Point/Counterpoint" presentations. The goal is to get people off the cable television news cycle and to talk to one another.

Axelrod interrupted by saying, "which is great news for all of your advertisers."

Rove agreed, adding that, "families with children should not watch television throughout most of the election cycle."

In terms of Wisconsin politics and the close state Supreme Court race, Axelrod said low turnout in Milwaukee might have turned the race toward conservative-leaning Brian Hagedorn.

"It will be because Milwaukee did not turn out," he said, adding that Democrats, "do not want to write off any part of the state, but you definitely have to get a strong vote out of Milwaukee."

Axelrod and Rove took questions from students and shared anecdotes from their time serving in the White House.