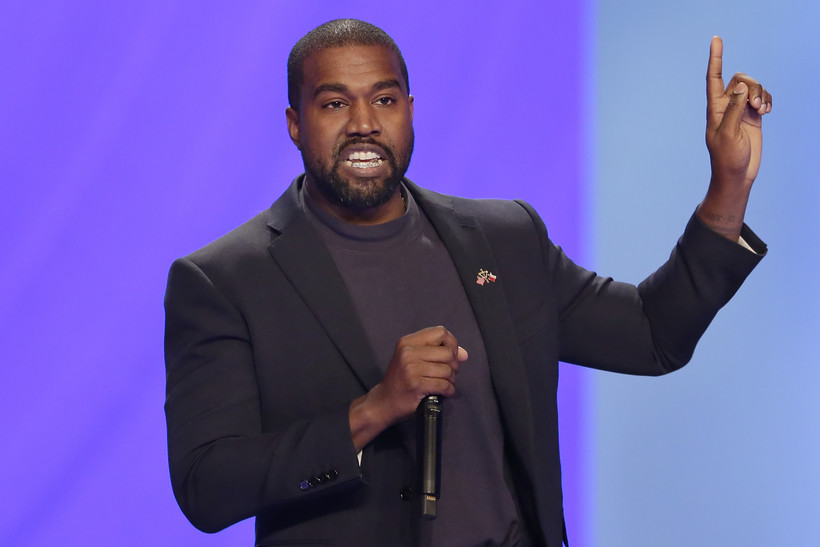 Kanye West Presidential Campaign: Petitions Turned In 14 Seconds After 5 p.m. Should Be Counted

State Law Says Petitions Must Be Turned In 'Not Later' Than 5 p.m. Deadline
By Shawn Johnson
Share:

Attorneys for Kanye West disputed complaints Monday that his nominating petitions were turned in late and filled with errors, telling the Wisconsin Elections Commission that the paperwork should be accepted because it was filed 14 seconds after 5 p.m.

State law requires independent candidates for president to file at least 2,000 valid signatures from Wisconsin electors by 5 p.m. on the first Tuesday in August. Two challenges to West's petitions filed Friday argue West missed that deadline, pointing to two videos as evidence: one recorded by WISN-TV, the other by the state Democratic Party.

But in a response filed Monday, West's campaign told the Wisconsin Elections Commission that his signatures should count because state law says petitions must be turned in "not later" than 5 p.m. West's petitions met that threshold, the campaign argued, because they were turned in at "5:00:14."

"The statutory provision does not distinguish between minutes and seconds," wrote West campaign attorney Michael Curran. "The phrase 'not later' is particularly instructive in that it indicates the presumption that the seconds from 5:00:00 to 5:00:59 are inclusive to 5 p.m."

The West campaign relied on Republican attorney Lane Ruhland to deliver the petitions, and in an affidavit accompanying the filing, Ruhland said she initially arrived at the Wisconsin Elections Commission at 4:57 p.m., only to find the doors locked.

"But for the locked doors, the nominating paperwork would have arrived before the 5 p.m. deadline," wrote Curran.

According to the complaint, Ruhland was delayed "by an overly aggressive media," although raw video of the encounter shared by WISN-TV shows that reporters did not get in her way as she approached the building.

"It is vital to be able to know and evaluate the precise timepiece used by Commission staff in accepting the filing," wrote Curran on behalf of the campaign.

The West campaign argued that "by not having an official timekeeping device, timekeeping strategy, and/or timekeeper," the Elections Commission had violated West's right to equal protection under the Fourteenth Amendment of the U.S. Constitution.

West's campaign said other challenges to his nomination papers were driven by ideology, including sworn affidavits by several voters who said they were misled into signing West's petitions. In a sworn statement filed Friday, Devin Remiker, who works for the Wisconsin Democratic Party, said he had spoken to more than 100 people who signed West's nomination papers who believed they were signing in support of something else.

West's campaign argued their statements amounted to a change of heart, driven by a loyalty to the Democratic Party.

"These Complaints represent a well-organized effort funded by wealthy outside groups, including the Wisconsin Democratic Party and its allies, who fear the candidacy of Kanye West, and seek to silence him," wrote Curran.

West's campaign also disputed a complaint that West had failed to list his home address on his nominating petitions, another requirement of state law.

"The address placed by Mr. West on his nominating papers, 3202 Big Horn Ave., Cody, WY 82414, is the address where the campaign, Kanye 2020, is incorporated," Curran wrote. "The 3202 Big Horn Ave. address is where Mr. West receives mail. Therefore it is his 'post-office address.'"

In addition, West's campaign disputed complaints that the people circulating his petitions listed incomplete or inaccurate addresses, which challengers argue should disqualify approximately 1,500 of his signatures.

West announced his plans to run for president on July 4, but getting on the ballot for is a state-by-state process.

His Wisconsin petitions list West as an independent running under the label of "The Birthday Party," but West has previously supported President Donald Trump. He told Forbes last month that if Trump were not on the ballot, West would run as a Republican.

West has also acknowledged that his candidacy could pull Black voters from Democrat Joe Biden, which could be consequential if Wisconsin's presidential race grows tighter. Trump won Wisconsin by fewer than 23,000 votes in 2016, securing the state's 10 electoral votes and helping propel him to the White House.