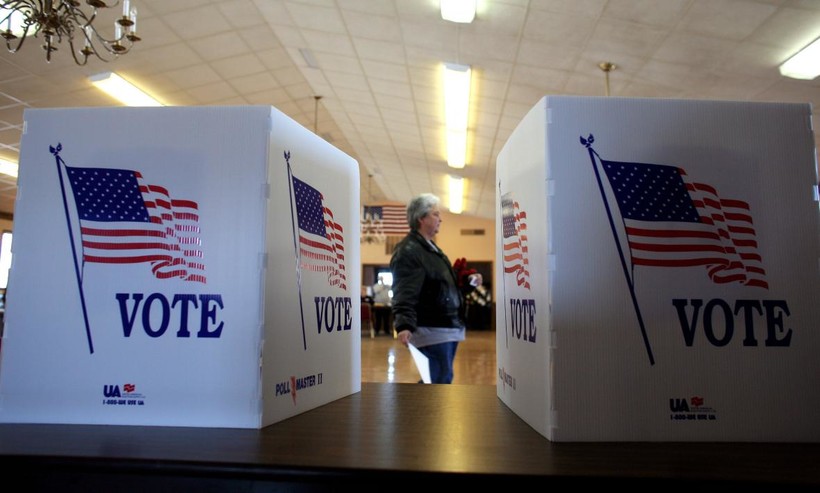 An Ozaukee County Circuit Court judge found three Wisconsin Elections Commission members and the commission in contempt of court Monday after failing to comply with his order to remove thousands of people from the state's voter rolls.

Judge Paul Malloy fined the commission's Democrats, Ann Jacobs, Mark Thomsen and Julie M. Glancey, $250 ­­each, daily until up to 209,000 outdated voter registrations are removed from the rolls. The Elections Commission has also been fined $50 a day.

Malloy said he didn't think he went overboard in his December ruling. But the commission was "condescending" in their decision not to follow it.

Before his ruling, Malloy made reference to one of the election commissioners — who he did not name — appearing on a radio show and saying the commission didn't have to comply with the court's original order to remove people from the voter rolls. The incident bothered Malloy.

"If people are free to disregard a court's order, where do you start and stop with that?" Malloy said. "How do you enforce that? What happens to our justice system if people say that's just one guy's interpretation? What happens when people no longer come to court when they are subpoenaed? Our justice system will cease to work."

After the ruling, Karla Keckhaver, an attorney for the Elections Commission, immediately said the commission would appeal.

The case is being closely watched in battleground Wisconsin, a state President Donald Trump won by fewer than 23,000 votes in 2016.

The conservative group, the Wisconsin Institute for Law and Liberty (WILL) filed the contempt motion with Malloy, who ordered the state to remove the names Dec. 13. The motion asked Malloy to fine members of the commission up to $2,000 for each day they don't comply.

The Elections Commission met twice after Malloy's ruling, first on Dec. 16 and a second time on Dec. 30.

WILL also filed a motion with the Wisconsin Supreme Court asking justices there to take the appeal directly.

Keckhaver asked Malloy to hold off on his decision until the Supreme Court could make its decision. She said she believes that could happen any day.

"Given the fact that this is a novel issue of statewide importance, the Supreme Court should weigh in before any deactivation should occur," she said. "Deactivation is a drastic remedy and there is no basis for that here."

WILL President Rick Esenberg said in this circumstance, a circuit court judge had no other option.

"Whether you agree with his order or not, it is his order and public officials have to comply with it," Esenberg said. "Ultimately, the Supreme Court is the ultimate decider. But the key principal is when a judge rules, you have to comply until you get relief."

Names To Be Removed

Part of the reason the Elections Commission decided not to immediately purge Wisconsin's voter list earlier this year is that the ERIC system had problems in 2017, mistakenly removing some names from the state's voter rolls even though they hadn't moved.