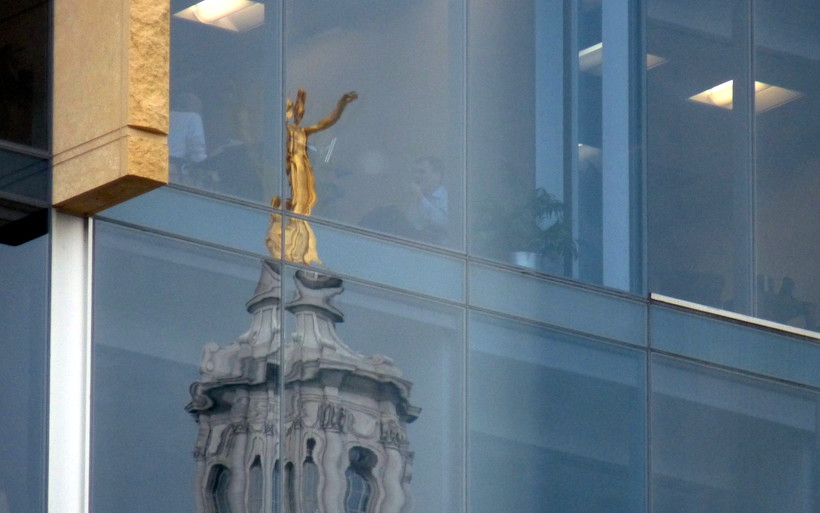 Judge Blocks Republican Lawmakers From Hiring Outside Lawyers For Redistricting

Republicans finalized the contracts months ago in advance of the redistricting process that's slated to take place this year. That process, which will help determine which party controls the Legislature for the next decade, is all but certain to lead to lawsuits.

But in a decision handed down Thursday, Dane County Circuit Judge Stephen Ehlke ruled that because there's no lawsuit pending now, it's premature for the Legislature to hire attorneys.

"Under the plain terms of the statute the defendants did not have authority to enter into the two contracts at issue in this case," Ehlke wrote.

While the decision won't prevent GOP legislators from hiring their own lawyers later this year, the attorney who brought the case said it could make it harder for Republicans to use private firms to draw the maps in secret.

"That's why we brought the lawsuit," said Lester Pines, a Madison attorney who has represented Democrats in a long list of high-profile cases. "To make sure that (Assembly Speaker) Robin Vos and (Senate Majority Leader) Devin LeMahieu and their caucuses could not operate secretly to do redistricting."

In 2011, GOP leaders hired a private law firm to help draw the legislative maps that have stood for more than a decade. During that redistricting process, rank-and-file Republican legislators were asked to sign confidentiality agreements before reviewing their new district lines.

"It’s certainly no surprise that a Dane County judge gave liberal activists a favorable ruling in this case," Vos said. "We will appeal the decision and move forward."

Pines said there was nothing in the law that prevented GOP leaders from hiring outside counsel for that appeal. They're currently being represented by Misha Tseytlin, Wisconsin's former solicitor general who served under former Republican Attorney General Brad Schimel.

The contracts under dispute in this case were signed by Republican leaders in late December and early January.

One, which was signed with Consovoy McCarthy PLLC, called for paying the firm $30,000 per month for "pre-litigation counseling" starting in January and up to $965,000 in 2021.

The other, which was signed with Bell Giftos St. John LLC, called for paying the firm an hourly rate of $375 per hour. The firm includes Kevin St. John, who was deputy attorney general under former Republican Attorney General J.B. Van Hollen.

GOP leaders argued they had the authority to sign the contracts under both the state constitution and state law.

Ehlke ruled that following their rational to its logical conclusion would mean the Legislature could constantly hire private attorneys based on the chance that a law they passed could be challenged in court.

Ehlke also noted Republicans recently refined their power to hire attorneys just a few years ago, during what is commonly referred to as Wisconsin's lame-duck session of 2018.

"The Speaker of the Assembly and Majority Leader of the Senate first acquired authority to hire outside counsel on behalf of legislative bodies only a few years ago," Ehlke wrote. "It would be improper for this court to legislate by reading into the statute something which is not there, and which could have easily been adopted by the legislature if that is what was intended."

The Wisconsin Supreme Court would have the final say in this case. While conservatives hold a 4-3 majority on the court, they haven't always stuck together as a block, with conservative Justice Brian Hagedorn occasionally siding with the court's three liberals.